The element, lithium, seems to have some unique properties that are common to it alone. Lithium is an alkali earth metal which was discovered by Johan August Arfvedson (1792-1841). It has the symbol, Li and an atomic number of 3 and it is a soft silvery-white alkali metal which is highly reactive and flammable and must be stored properly in a vacuum. This element does not occur freely in nature but can be found in compounds such as pegmatitic minerals and it is isolated from the mixture of lithium chloride and potassium chloride.

Lithium and its compounds are used in a number of processes which includes industrial applications, heat-resistant glass and ceramics, lithium grease lubricants, flux additives for iron, steel and aluminium production, lithium metal batteries, and lithium-ion batteries.

How is lithium different from other group 1 elements?

Elements belonging to group 1 of the periodic table are called alkali metal. An alkali metal is an element that reacts with water to produce an alkaline solution and release hydrogen gas.

Examples of these elements are sodium, potassium, rubidium, francium etc. These elements have strong tendencies to donate their valence electrons in the last shell to form strong ionic bonds. Although elements in group 1 of the periodic table seem to share most properties e.g they are very reactive when mixed in water they all have some unique properties differentiating them from the rest of their kind. 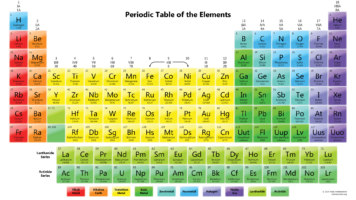 What makes lithium a unique element?

Lithium is a unique element because it has some properties that make it stand out.

It is a light and soft metal that can be cut with a kitchen knife and it has a low  density that it floats on water. It can also be solid at various temperatures.

READ MORE:  Importance of Stoichiometry and Electronegativity in Chemical Reactions

Amongst all other alkali metals, lithium happens to be the only alkali metal that does not form the anion, Li−, in solution or in the solid state. Lithium is a chemically active metal that readily loses one of its three electrons to form compounds containing the Li+ cation.

Differences between Lithium and Other Alkali Metals

The following are some of the differences between lithium and other alkali metals.

Why is lithium harder than other alkali metals?

Lithium has inconsistent properties due to its size and high polarizing power; it is much harder than the other alkali metals because it contains strong metallic bonds.

Why is lithium less reactive than other alkali metals?

Lithium is less reactive than other alkali metals because it is the one with the least electrons. This means that the electrons in lithium are closer to its nucleus and therefore more attracted to it.

Differences between lithium, sodium and potassium