You Are Here: Home » Detailed Description of the Parasitic Plant – Phytophthora 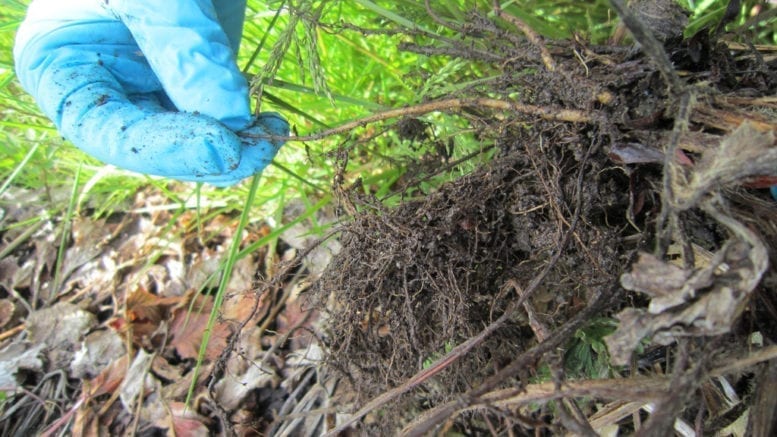 The majority of parasitic plants including the phytophthora are fungi. They form a group of organisms showing many unique features, not least being their total lack of ability to produce chlorophyll or any other photosynthetic pigment. For convenience, they are regarded as plants, although this may be suggested. They have been studied in much detail, partly because of their own great interest to botanists, and partly because they are of great economic importance. Those which are not parasites live saprophytically and many of both forms can exert great influence on the activities of man. Some can be put to useful work, others can cause serious damage to man’s property.

The study of the fungi is known as mycology and might also be said to form a separate subject outside the sphere of botany. Mycologist have built up a terminology peculiar to the subject, in keeping with the distinctness of the fungi from other groups of plants. The vegetative body of any fungus is known as the mycelium and is composed of an intricately branched system of delicate filaments known as hyphae. Other terms applied to fungal structures only, will become apparent in the following section.

The genus phytophthora includes a number of species known to cause soft rots in a variety of higher plants. The majority are obligate parasites but some can be grown on artificial culture media and the detail of their life history are thus more conveniently studied. Most parasitize specific hosts and are often recognizable by the disease symptoms which they produce. Among the commoner species, causing diseases as indicated, are

We shall now describe P. Infestans

The well –developed mycelium of Phytophthora infestans is to be found in the tissues of infected potato plants, particularly leaves and stems, and if the attack is heavy, the tubers as well. Within the aerial parts, the hyhae ramify between the cells filling intercellular spaces and sending out sac-like protrusions to surround to surround individual host cells. Internal contact with the host cells is also made by means of extremely fine hyphal outgrowths which penetrate the cell wall and then enlarge within the cell to form haustoria. Each hypha is of very fine dimensions, measuring no more than 10µm in diameter with reproductive structures and so the mycelium is coenocytin. The very delicate wall is of cellulose with an outer deposit of fatty substance and pectic compounds, the whole impregnated with chitin, and the protoplast lining the periphery is made up of granular cytoplasm containing store food substances and numerous nuclei. Growth of the hyphae is at the tips and under good conditions is very rapid, spreading from a point of infection through a whole leaf in a few days. Enxymes such as pectinaese and cellulose are extruded and aid in separating and destroying host cells. The fungus seems to be unable to digest starch.

After absorbing sufficient nourishment through the haustoria or form the digested cell contents, and if atmospheric moisture condition are suitable, the fungus enters a phase of asexual reproduction.

Branches of the mycelium are produced externally on the host, usually through stomata, and these hyphae become modified to produce sporangia. Each such branch or sporangiophore, after growing out-wards, branches considerably again and at the tip of each branch, a single, oval, multinucleate structure is cut off. Below it, the hypha grows on again leaving the sporangium in a lateral position. At its new tip, again it cuts off another sporangium. The sporangiophore may eventually bear large numbers of these reproductive bodies, which, when mature, are easily shed and carried away on air currents. The extent to which these aerial sporangia are produced depends upon the humidity of the atmosphere. It has been found that in conditions of less than 85 per cent humidity, the sporangiophores are seldom formed, whilst sporangia cannot be produced successfully in less than 95 per cent  humidity. Very rainy conditions are therefore necessary to the spread of the fungus by asexual means. When shed, the sporangia develop in one of two ways. Under very wet conditions, each sporangium develops a number of biflagellate zoospores which are released to swim through water films and effect new attacks, either on tubers in the soil, or on foliage and stem not yet infected. Under drier conditions, the whole sporangium may develop as a single spore and in such cases it is called a conidium. In either case, the zoospore or the conidium quickly develop a delicate germ tube which penetrates the host through a stomata, lentiecel, wound or even directly through the epidermal tissue. Once inside, the mycelium develops and disease symptoms are soon are soon apparent.

Sexual reproduction in phytophthora may also occur but has been studied chiefly in artificial cultures. It has been observed in some infected tubers, but there is no doubt that the most rapid means of reproduction is asexual. The sex organs are club – shaped antheridia and globose oogonia. An  antheridium commence development at the apex of an internal hypha and a separate oogonial branch grow up to it and proceeds to grow right through it. On emergence at the far side, the oogonial branch tip enlarges to form the oogonium so that the two organs are closely applied to one another. Such relationship of the antheridium to the oogonium is referred to as amphigynous. Fertilization is affected by the passage of a male nucleus into the oogonium through a conjugation tube which forms between the two. Fusion of this male nucleus with the single oosphere nucleus results in a zygote which develops into a thick-walled resting oospore. Within the tuber, oosper formation often occurs, apparently without male organs being produced, i.e. is parthenogenetic. Such structures can winter in the ground in old tubers and may therefore cause renewed outbreaks of disease subsequently. On germination, an oospore may either develop directly into a new mycelium or may grow a sporangiophore which produces zoospores from its sporangia, according to the conditions of moisture. Meiosis most probably occurs at the first divisions of the oospore so that mycelium is haploid. Illustrates the various stages in development of the fungus and the diagram below summarize the life cycle.

Effect On The Host

The first signs of infection of a potato crop are  usually to be seen on the leaves. Here small brown patches appear. These may not spread much in dry weather, but in wet weather they spread rapidly, extending into stems and further downwards. If the attack is very heavy, the whole plant may quickly become a blackened soggy, stinking mass, though this is also due to the presence of other organism, particularly bacteria, which invade the infected tissue secondarily. Before such devastation has been effected, often within three or four days following infection, the fungus develops its aerial reproductive structures and these can be seen as whitish patches chiefly on the undersides of the leaves. In the tubers, the disease symptoms are somewhat different. Regions of infection show as a form of dry rot, in which the tissues are discoloured a rusty brown under the skin and inwards irregularly towards the centre of the tuber. If such tubers are stored dry, the infection shows up little more than this and may not spread, but if left in wet conditions, other organisms may attack and the whole tuber may rot away.

The chief source of new epidemics of the disease from year to year is the planting of infected tubers. It has been shown that the mycelium may infect new sprouts as they develop and so give rise to the aerial reproductive bodies. Under wet conditions, a single infected plant can spread the disease via the air-borne or water – borne spores over a wide area. Great care must therefore be taken to see that no infected tubers are planted and that new planting are not made in soil known to have carried the disease the year previously. It has been shown that the fungus can survive up to a year in the soil.

Since tubers can be infected from aerial parts during lifting if the decaying haulms are left about unburnt, all diseased parts should be destroyed. It has also been shown that the disease can over- winter in field. Spread of the disease through a clamp properly ventilated. Imported seed should be carefully controlled and inspected.

Other measures of control are, attack on the parasite by fungicides and the development of disease- resistant strains of potato. Spraying with Boordeaux mixture seems to the best method in the field, but it must be carried out at the correct times to prevent an attack, since infected plant cannot be saved. It is usual to spray at roughly fortnightly intervals, from the time when the plants are a few inches high until they are well-matured. Weather forecasting may help in settling the exact day for spraying, since the spread of the disease is most rapid in wet weather. Spraying with corrosive solutions such as sulphuric acid, to kill the mature haulm, has been employed to prevent tuber infection during lifting. Tubers intended for seed can be sterilized externally by immersion in a 0-1 per cent mercuric chloride solution. Breeding for resistance to the blight has been going on for some years.

The wild potato, Solanum demissum, is known to be immune and some of its hybrids have yield promising material, but one great obstruction to producing the required immunity lies in the fact that this fungus, phytophthora exist as many strains and no potato has been found to be resistance to all of them.

READ MORE:  Mycorrhizae and the Physiological Relationships of Fungal Associations

Other hosts of the parasite include the tomato and it is thus necessary to watch carefully that the disease is not transmitted from one to the other when both are grown in close proximity.

By reason of its manner of taking the host substance, i.e. largely by digesting whole cells, the fungus phytophthora, is a killer and to that extent not a successful parasite. It is found in general that the fungi best adapted to feeding haustorially can do so without killing the cells and may live for much longer period.

How Anosmia, or ‘Smell Blindness,’ Can Help Pinpoint COVID-19

Why Is It So Hard to Make a Universal Flu Vaccine?