What are Thermal Agitations? When a gas passes through a porous plug, a cotton-wool wad, for example, it is said to diffuse’. In that it is not a motion of the gas in bulk, but it a result of the motion of its individual molecules. 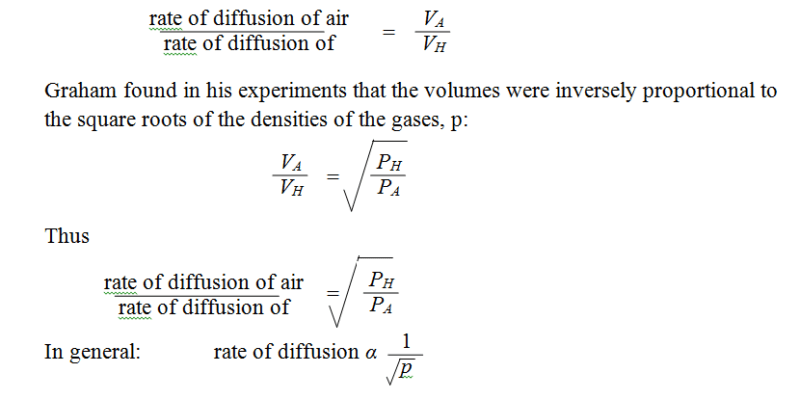 And in words: the rate of diffusion of a gas is inversely proportional to the square root of its density. This is Graham’s Law. Graham’s law of diffusion is readily explained by the kinetic theory. At the same Kelvin temperature T, the mean kinetic energies of the molecules of different gases are equal, since.

And k is a universal constant. Therefore, if the subscripts A and H denote air and hydrogen respectively, 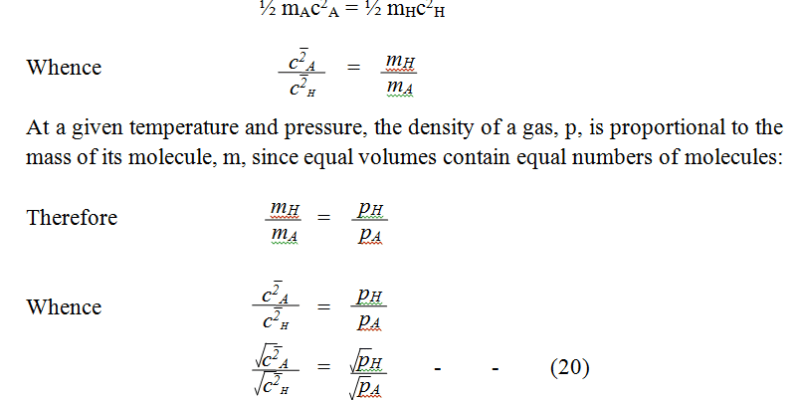 Thermal Agitations: The random motion of the molecules of a gas, whose kinetic energy depends upon the temperature, is often called the thermal agitation of the molecules. And the kinetic energy of the thermal agitations is called the internal energy of the gas. We must appreciate that this energy is quite independent of any motion of the gas in bulk: when a cylinder of oxygen is being carried by an express train, its kinetic energy as a whole is greater than when it is standing on the platform; but the random motion of the molecules within the cylinder is unchanged and so is the temperature of the gas. The same is true of a liquid; in a water-churning experiment to convert mechanical energy into heat, baffles must be used to prevent the water from acquiring any mass motion and all the work done must be converted into random motion, if it is to appear as heat. Likewise, the internal energy of a solid is the kinetic energy of its atoms’ vibrations about their mean positions: throwing a lump of metal through the air does not raise its temperature, but hitting it with a hammer does.