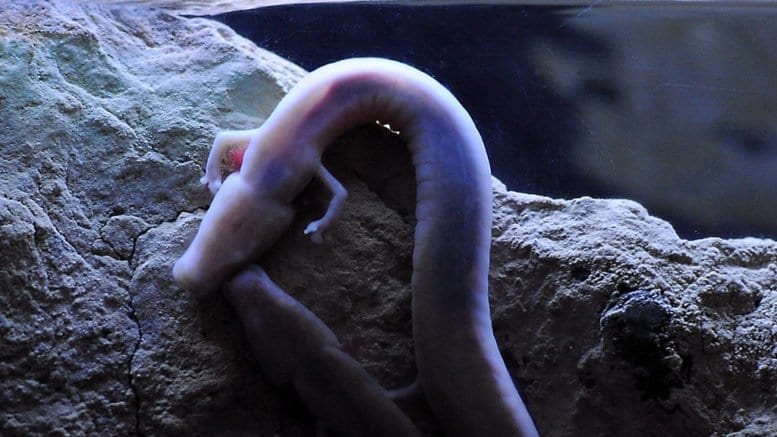 This class is subdivided into two orders, the Enteropneusta and the Pterobranchia. The order Enteropneusta contains the acorn-worms balanoglossus and Dolichoglossus,which are free-living. They burrow into mud or sand in shallow coastal waters. The best known are Rhabdopleura and Cephalodiscus; both are sessile.

Dolichoglossus is fifteen to twenty centimetres long. The body is clearly divisible into proboscis, collar and trunk. The proboscis is pre-oral and can be distended or relaxed by entry or exit of sea-water through one or two pores near its base. This mechanism is used for burrowing. Connecting the proboscis to the mouth which is permanently open. Mud and sand are swallowed, and the organic matter is digested; the anus is terminal. The collar somewhat overlaps the base of the proboscis in front and the trunk behind. The anterior part of the trunk is known as the branchio-genital region; here numerous paired gill slits open dorso-laterally. Behind the region the body shows lateral saccualations where the hepatic caeca lie. The abdominal region shows no external differentiation. There is dorsal diverticulum of the anterior part of the gut into the proboscis: it becomes filled with vacuolated cells, and is said to correspond to the notochord. There are single solid dorsal and ventral nerve strands; the dorsal cord processed forward above the notochord, and in this region it is hollow.

READ MORE:  Facts You Never Knew About The Megalodon Shark

Blood flow in the two main vessel, dorsal and ventral, is on the non-chordate plan, forward in the dorsal vessel and backward in the ventral vessel. There is a contractile structure sometimes known as the heart, at the forward end of the dorsal vessel in the base of the proboscis.

By its pulsations, blood is driven through tow lateral networks called glomeruli, which are the excretory organs. Then the blood flown into the ventral vessel. There is no tail and there are no limbs. In some hemichordates development is direct, but some, such as balanoglosus, have a free- swimming larva called a tornaria. This bears a remarkable resemblance to the free- swimming larvae of echinoderms, especially to the auricularia larva of holothurians. The indicate that there is, at least, a remote affinity between these hemichordates and the echinoderms.

The general features of Dolichoglossus are common to all the hemichordates, though there is considerable variation in external appearance. In the opinion of some zoologists, the group should constitute a separate phylum, on the grounds that their chordate affinities are too slender. However, the undoubted visceral clefts, the small portion of dorsal hollow nerve cord, and the possible notochord, would seem to be strong enough grounds for including them in the chordates.

Interesting Facts on the Habitat and Behavior Quokkas.

Be the first to comment on "Concise Description of Hemichordate Animals"