You Are Here: Home » Concise Description of Bacteria and Mycoplasmatales 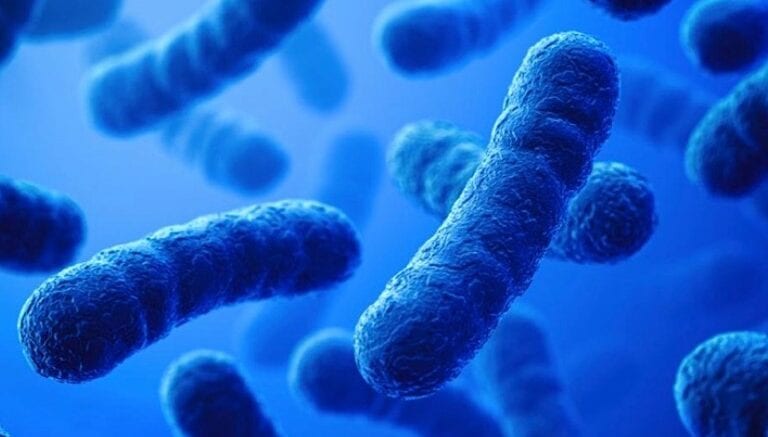 Bacteria and mycoplasmatales are very small organisms consisting of single cells, rarely more than 0.01mm in length and visible only under the high powers of the microscope. Although they are included in the plant kingdom they do not have cellulose walls or chloroplast. Their cell walls are of protein and fatty substances, and the nuclear chemicals are dispersed in the cell. Granules of glycogen, fat and other food reserves may be present. Bacteria reproduce rapidly by cell division, as often as once an hour, and many form chains of individuals, clumps or films over the surface of static water. The individuals may be spherical, rod-shaped, or spiral and some have filaments protruding from them called “flagella”, the lashing action of which moves the bacterium about. Some bacteria need oxygen to respire while others can respire anaerobically, that is, obtain energy by breaking down compounds without using oxygen.

Spores: Some bacteria and mycoplasmatales can form spores, a resting stage in which the protoplasm is concentrated in one part of the cell surrounded by a thick wall. Bacterial spores are very widespread, being easily distributed by air currents, and can occur on the surface of most objects, in soil, in dust and in air.
These spores are very resistant to extremes of temperature and some can withstand the temperature of boiling water for long periods. Most normal bacteria can, however, be killed by temperatures above 50°C although they can live at very low temperatures.

The Part Played in Nature by Bacteria:

Most bacteria live freely in the soil, in water and in decaying matter. Here they obtain their food saprophytically and bring about the decay of dead material. In this respect they are very “beneficial” as they prevent the constant accumulation of dead leaves, etc., that would soon become a serious problem. Some bacteria increase the available nitrogen in the soil. Some live in the alimentary canals of animals where they feed on the contents of the gut, and in this respect must be considered parasitic. A few of these are also most beneficial. Bacteria in the large intestine of man play a part in the synthesis of vitamin K and B2 complex of vitamins.

Few animals can produce an enzyme which digests cellulose, yet many feed exclusively on vegetation, the nourishing part of which is enclosed in cellulose cell walls. These walls are broken open partly by efficient chewing, and partly by enzymes of the bacteria and single-celled animals in the gut of herbivorous animal; in the caecum and appendix of a rabbit, for example, and the rumen, or paunch , of cows and sheep.

Some bacteria that live parasitically in plants and animals do a great deal of harm on account of the highly poisonous proteins, toxins, that they produce. For a example, five millionths of a gramme of dried tetanus toxin is fatal to a mouse and 0.00023g is fatal for a man.

Certain bacteria and mycoplasmatales cause diseases such as typhoid, cholera, plague, chicken pox and diphtheria. The disease are “caught” by eating food on which are living bacteria or their spores; by “droplet infection” ( inhaling bacteria in droplets of moisture in the air breathed, coughed or sneezed out by infected persons), particularly in a crowded, humid place such as cinema; by touching the skin of an affected individual, or by the bacterial invasion of wounds.

The invasion of harmful bacteria is counteracted by the blood of healthy mammals in two ways. The white cells, leucocytes, engulf the bacteria and secrete chemicals that kill them. Other chemicals, antitoxins, made in the blood, effectively neutralize the poisonous proteins that the bacteria gives out. Once an animal has recovered from a bacterial disease, it’s blood is much better able to combat the bacteria and neutralize it’s toxins; it is said to have acquired immunity.
The skin forms a defence against the invasion of the blood and body cavities by bacteria. This is effected partly by the physical barrier of the dead, cornified, outer layer of the skin and partly by production of chemicals which destroy bacteria. The eyes, for example, are protected by an enzyme present in normal tears. The lining of the alimentary canal and respiratory passages also resist the entry of bacteria.

READ MORE:  Detailed Description of the Vertebral Column of a Rabbit

Mycoplasmatales sometimes called PPLO( pleura-pneumonia-like organisms) are the smallest known organisms and are all parasitic. They resemble the microbes causing bovine pleuropneumonia. Many types have been isolated from soil, sewage, plants and animals. The Eaton agent , causes a common type of human pneumonia; one causes ‘witches broom’ disease in potatoes, and several cause various ‘yellows’ disease in plants.

The spherical Mycoplasma laidlawi , with a diameter of about 100nm at one stage, is the smallest known. These elementary bodies, as they are called, grow through a intermediate stage into larger bodies about 300nm in diameter. Then follows one of two courses; each large body may undergo fission to produce intermediate stages, or may undergo sporulation to produce a number of elementary bodies.

Bacteria and mycoplasmatales grow, reproduce, possess lipoid-protein membranes; they have a double DNA helix and ribosomes ith RNA. Theoretical calculations suggest that the lower limit of size for living organisms is about 50nm diameter with possibly 150 large molecules. The smallest PPLOs are about twice this diameter (8 x mass) and possess about 1200 large molecules. It is possible that there may be even smaller organisms in nature.