You Are Here: Home » Concise Description of Nervous Coordination in Hydra 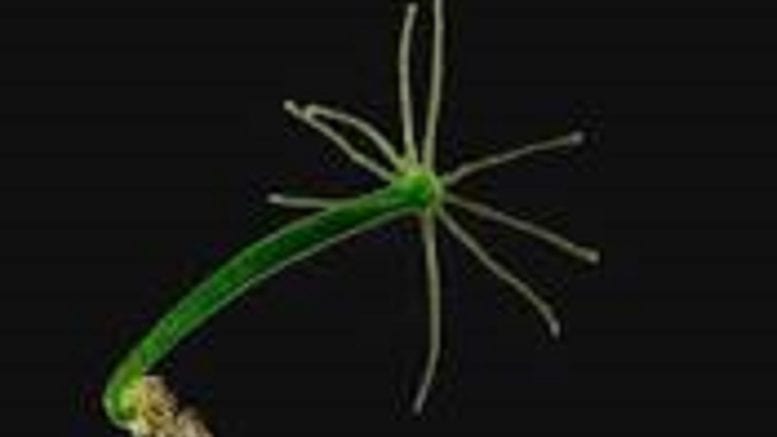 The nervous system of a hydra may be said to be the most primitive type. It consists of a double nerve net, one on each side of the mesogloea. The neurones are multipolar and each Dendron ends in a terminal arborisation. There are no long axons, hence no nerves. The majority of the neurones communicate with each other via synapses, but there may be direct connexions passing longitudinally, so that sudden contraction of the whole body may be effected. Usually, impulses seem to travel very slowly, but repetition of  a stimulus will gradually cause more rapid conduction. The synapses are said to have become “facilitated” or easier of passage, after a number of impulses have been transmitted.

The nematoblasts may be described as receptor-effectors. They are directly stimulated by touch on the cnidocil and the discharge response is made without the intervention of the nervous system. Nevertheless, impulses do travel through the nerve net, because other nematocysts in the vicinity discharge their threads although their cnidocils have not been stimulated. The impulse, however, seems to fade out with distance from the point of disturbance, since only comparatively local nematocysts are discharged.

A hydra is sensitive to food materials, but the response is not purely automatic. If it is well fed, water-fleas may brush the cnidocils repeatedly and it will not respond. If hungry, brushing with a glass rod will not cause discharge of the namatocysts, but a drop of meat juice, placed in the water, will cause it to open its mouth widely. Some protozoa normally creep over its surface and it makes no response. The stimulus for active feeding is glutathione, a tripeptide almost universal in animal tissues.

Its sensitivity to touch and to injurious chemicals is indicated by contraction. But the response to persistent unfavourable stimuli is not directional; it merely contrasts and then it expands in a slightly different direction, which may even be closer to the source of the stimulus. Eventually, it will move its body by looping, but again the movement is not directional. Its sensitivity to oxygen tension and to bluish light are adaptive in that it will frequent those regions of the water where its prey also congregate.

A remarkable experiment has been performed on a hydra by turning it inside out. The process was effected by pushing the base up through the mouth. Thus the ectoderm became the inside and the endoderm the outside covering. In a short time, the layers became correctly oriented by migration of all the cells through the mesogloea; the ectoderm cells passing outwards and the endoderm cells inwards.

Morphological and Physiological Description of Urochordata