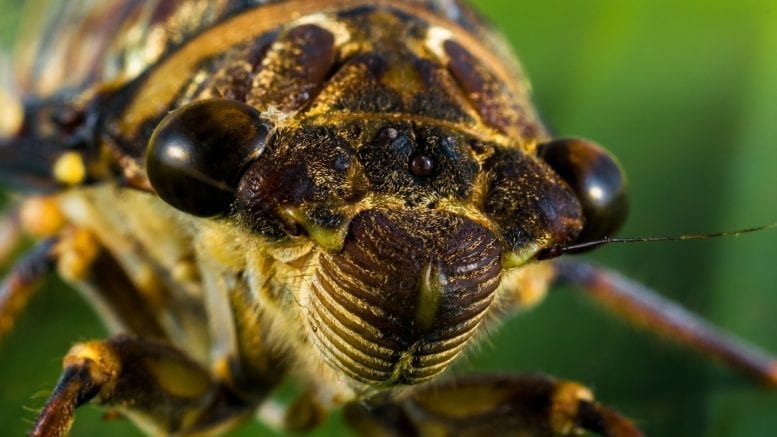 A great deal of experimental work has been carried out on this subject, particularly on cockroaches, locusts, grasshoppers, and most noteworthy is the work on the Heteropteran bug Rhodnius, by V.B. Wigglesworth. As might be expected, there is considerable variation among the insect orders with regard to endocrine structures, but certain general principles have been well established. In all insect, there are neurosecretions from four groups of cells in the brain, two medial and two lateral. The axons of the medial groups pass to the corpora cardiac, and those of the lateral groups pass through the corpora cardiac to terminate in the corpora allata. Also, there are minute groups of nuerosecretory cells in each ganglion; their axons lead to small nuerohaemal organs closely associated with the ganglia. The first epithelial endocrine organs yet known are the thoracic glands in the first thoracic segment.

An antagonistic hormone neotenin, from the corpora allata, prevents metamorphosis during the immature stages. There is progressive differentiation during each instance due to the influence of neotenin. During the last one or two moults, production of neotenin gradually ceases, and ecdysone stimulates metamorphosis.

Another neurosecretion, released from the corpora cardiac, is a growth hormone which promotes protein synthesis; there are also two hormones which affect the concentration of blood sugar. In several groups of insect, rhythmic behaviour, e.g. in light and in darkness, is concerned with a neurosecretion from the suboesophageal ganglia; this is itself controlled by a tropic hormone released by the corpora cardiac. A diuretic hormone from the brain, and probably also from the segmental ganglia, promotes the movement of fluid through the malpighian tubules. From the corpora allata, gonadotropic hormones affect the maturation of the gonads and accessory structures; the gonads themselves secrete hormones which stimulates ripening of the gametes and also control the reproductive process.

Probably many details of the insect endocrine system are not yet known, but the general pattern is strictly comparable with that of vertebrates