You Are Here: Home » Coelomate Evolution and Advances in the Complexity of the Arthropoda 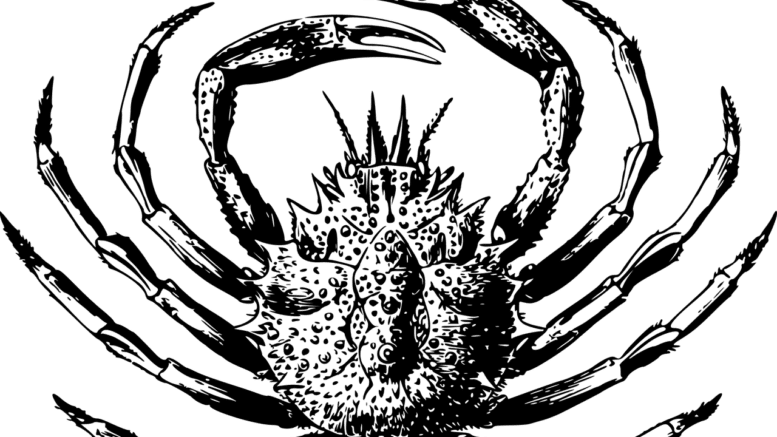 The Arthropoda show a variety of lines of evolution and in each class a graded series can be studied. Nevertheless, there are certain general features which show that this branch of the coelomate animals has achieved definite advances in complexity. Also, it will be convenient at this point for the student to gain some idea of the main lines of coelomate evolution.

The possession of jointed appendages has given the arthropods greater precision and variety of movement. It has also enabled the evolution of a of uses to which these appendages can be put. These jointed limbs have necessitated special muscles to move them, and hence the continuous body wall muscle has disappeared and the muscles now are separate bundles. Thus there can be precise movement of a single appendage or of any group of appendages.

[stextbox id=”info” defcaption=”true” float=”true”]The evolution of a true skeleton in coelomate animals like arthropods is distinct and advanced. The skeletons of animals previously described have been purely protective or supporting structure. In the arthropods, however the skeleton achieves a second important function, that of muscle attachment.[/stextbox]

There is traceable a tendency towards gradual loss of individuality of segments, and the merging of a number of segments to form one structure. This is seen in the head, in the nervous system, in the heart and in the reproductive system. In limbs of chordates, this tendency is further extended.

The Main Lines of Coelomate Evolution

Diagrams of “evolution trees” have some value in that they attempt to show possible relationship between the phyla. Nevertheless, they should be regarded with great caution; versatile zoologists are capable of deducing a common origin of groups from one fact, and a diverse origin from another. thus on a sole evidence of the possession of choanocytes, we say that the porifera probably evolved from choanoflagellates, thus implying that the collared flagellate cell evolved once only. Similarly, we could say that all animals possessing cilia have evolved form ciliophora. Some cells of all animals, at some stage in life, exhibit amoeboid motion; but we do not assert that all animals evolved from ryzopoda. There are three main types of eye, the vertebrate, the molluscari and the arthropod. They differ in detail but operate on the same essential principles. We do not infer that thereby, the three groups are closely related. The main evidence for relationship is derived from similarities in mode of development, as it seems fairly conclusive that embryos repeat the embryonic stages of their forbears. At this stage it should be noted that there are two great coelomate stocks; the molluscari-arthropod-annelid, and the chordate-echinoderm. Each stock has produced great and flourishing phyla.

Experimental work on Decaposa has shown that besides neuro-secretion there are definite target endocrine glands stimulated by tropic hormones. There is neurosecretion from cells in the brain and in the optic ganglia(X-organs). The secretion pass, in droplet form, along the axons of the neurons which discharge the droplets in the sinus glands and post-commisural organs. The former release three hormones and the latter, one.

The sinus glands release into the haemocoel (l) a moult-inhibiting hormone, (2) an androgenic hormone (oestrogenic in females), and (3) a chromatophorotropic hormone. The target glands of the first are the Y-organs, and when the amount of the hormone is low enough, the Y-organs secrete a molting hormone which stimulates ecdysis. Thus, ecdysis is under the control of the brain by neurosecretion after correlation of internal and external stimuli. This is similar to vertebrate neurosecretion by the hypothalamus after modulation of stimuli In the brain. The second hormone stimulates the androgenic glands to secrete male sex hormones; if glands are transplanted into young females, an oestrogenic hormone stimulates secretion of female sex hormones by the ovaries. The third neurosecretion is a chromatophorotropic hormone which affects the pigment in the color cells.

The pose-commissural glands secrete a hormone which is antagonistic to the sinus gland chromatophorotrophin; one causes expansion of the pigment, the other, contraction. Pericardial glands, ate the sides of the heart, secrete hormones controlling rate and amplitude of heart-beat.

How Cephalization Occurs in Lower Animals