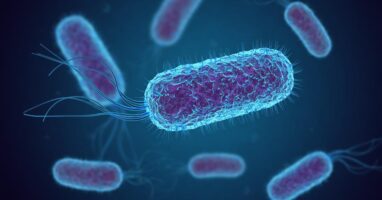 Bacteria are single-celled, or simple, organisms that can be seen with the naked eye. They are a type of unicellular microorganism with cell walls but no organelles or an organized nucleus.

Why do we study bacteria?

The study of microorganisms such as bacteria has provided a fundamental understanding of how living cells work.

They have enabled us to gain a molecular understanding of hundreds of disease-relevant proteins, allowing for rational drug design to improve human health.

Scientists are able to develop antibiotics and vaccines by studying microscopic organisms like bacteria.

Bacteria are classified into various categories based on their characteristics and features. Bacterial classification is primarily based on the following factors:

Bacterial Classification Based on Shape

Based on their shapes, bacteria are classified into;

Bacillus is a genus of rod-shaped, gram-positive, aerobic or (under certain conditions) anaerobic bacteria that are common in soil and water.

Escherichia coli (E.coli) is an example of a rod-shaped bacteria.

Any bacterium or archaeon with a spherical, ovoid, or generally round shape is referred to as a coccus (plural cocci). Streptococcus pneumoniae is an example of a coccus.

Vibrio is a bacteria with a curved rod shape and a genus of the gram-negative bacteria.

Several species of Vibrio cause foodborne infections, which are usually associated with eating raw seafood.

Vibrio cholerae is an example of vibro.

Bacterial Classifications Based on the Composition of Their Cell Wall

Peptidoglycan, also known as murein, is a polymer composed of sugars and amino acids that forms a mesh-like peptidoglycan layer outside most bacteria’s plasma membrane, thereby forming the cell wall. Gram-positive bacteria are bacteria with the peptidoglycan cell wall.

READ MORE:  The Role of Chromosome Puffs and Gene Switching On Protein Synthesis

Lipopolysaccharide cell walls are the primary components of the outer membrane of gram-negative bacteria.

Bacterial Classifications Based on Mode of Respiration

Bacteria can be aerobic or anaerobic depending on their mode of respiration. Each of them is further subdivided into two types: obligate and facultative.

Obligate aerobes are bacteria that need oxygen to grow and use oxygen as a final electron acceptor in aerobic respiration.

These are bacteria that can only survive in the absence of oxygen.

A facultative aerobe is an organism that produces ATP through anaerobic respiration.

Facultative anaerobes are bacteria that  grow both in the presence and absence of oxygen.

Bacterial Classifications Based on Mode of Nutrition

Autotrophic and Heterotrophic nutrition are the most common modes of nutrition in bacteria, whereas heterotrophs do not produce their own food and must rely on readymade food from outside to survive.

Phototrophic bacteria are those that get their energy from light and their carbon from carbon dioxide (CO2). They are anaerobic in nature. Because no oxygen is required, the bacteria can survive in low-oxygen environments. Instead of water, hydrogen is used as a source of reducing power in this process. Organic and inorganic compounds are the sources of hydrogen.

Chemoautotrophic bacteria obtain energy from the oxidation of inorganic compounds.

Heterotrophic nutrition is a type of nutrition where organisms are unable to prepare their food thus depending on other energy sources for food.

Bacteria are used to create products such as ethanol and enzymes.

They are also used in producing pharmaceuticals such as antibiotics and vaccines.

Bacteria are used for the production of biogas, such as methane.

They are used for cleaning oil spills and toxic waste.

Bacteria are used for food fermentation.