You Are Here: Home » Role Of Chromatin Immunoprecipitation Sequencing In Clinical Research 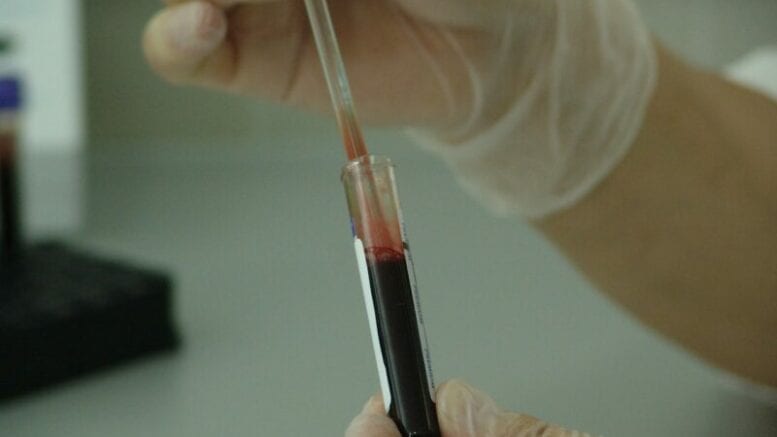 A range of diseases have been shown to result from variants found outside of coding regions. Some of these variants have been linked to chromatin remodeling. Thus, the accessibility of tools such as Chromatin Immunoprecipitation coupled with massive parallel sequencing (ChIP-seq) has provided the ideal technology to study the epigenomic mechanisms that explain how these variants lead to diseases.

During embryology the sequence of events and the timing of gene expression are incredibly important. ChIP-seq analysis of early embryos has provided important insights into methylome and epigenomic activities to understand regulatory patterns associated with differentiation and cell fate decisions. ChIP-seq analysis of poorly understood long noncoding RNA (lncRNA) species led to the identification of their origin and their differentiation during development in mice and humans . General epigenetic regulation during early stages in human embryos was found to include different patterns of paternal and maternal genome-wide demethylation where the fore is comparably much faster, as a result, by the end of the zygotic stage the maternal methylation levels are considerably higher  used nucleosome occupancy and methylation sequencing method to study both mouse and human fetal germ cells (FGC).They provided a detailed epigenomic roadmap for chromatin state and transitions in human and mouse fetal germ cells to highlight the similarities and differences between humans and the murine model.

READ MORE:  How to Avoid Haemolysis of Blood Samples

Due to the limited number of cells available to study during embryology ChIP-seq single-cell techniques are being explored. To this end, a few studies are exploring studying epigenomic and, specifically, methylome landscapes of human and mice embryos using single-cell ChIP-seq analysis.

A shared characteristic of cancer cells is their ability to undergo unchecked cell division. This has been associated with faulty regulatory pathways. As such, studies have been conducted that perform genome-wide analysis of regulatory mutations associated with cancer. FOXA and GATA family members are known to play a critical role in cancers driven by hormones. ChIP-chip and its successor ChIP-seq shed light into how the cooperation between nuclear hormone receptors and their associated cofactors is involved in gene regulation in breast and prostate cancers. Mediation of nuclear receptor binding by FOXA1 is implicated in both breast and prostate cancers while GATA3 appears to be mostly involved in breast cancers. Through ChIP-seq analysis, the microRNA miR137 tumor suppressor was identified as an important regulator of a network of transcriptional coregulators such as KDM1A, an androgen coregulator that when over expressed contributes to prostate cancer recurrence. ChIP-seq analysis has also been instrumental in studying the involvement of the epigenome id determining drug response in breast cancer.

Vitamin D (25-hydroxyvitamin, 25(OH)D) pathway has been associated with many diseases including asthma, multiple sclerosis (MS) and some cancers. Studies have linked the ability/inability of associated transcription factors to bind to the vitamin D receptor (VDR) with the risk factor of some diseases. ChIP-seq analysis of both murine and human lung development revealed a strong association between levels of VDR gene expression in early lung development and asthma incident. These authors linked vitamin D intake in mothers with childhood asthma susceptibility. Extensive mapping work has been conducted using chip seq analysis to investigate the protective role of vitamin D in MS and characterization of the global interaction network of target genes of VDR associated with immune cells. Ramagopalan linked genetic susceptibility to disease to VDR by providing an extensive mapping of VDR-DNA binding and gene regulation in lymphoblastoid cell lines. Vitamin D status and VDR interactions have also been implicated in increased cancer risk.

Chromatin ImmunoPrecipitation sequencing analysis, ChIP-seq, provides a powerful tool to study perhaps the most complex aspect of the Central Dogma, the role of the epigenome in molecular processes. ChIP-seq has incredibly efficient in mapping genome-wide patterns of interactions between the epigenome and the genome thus providing a highly detailed and accurate reference point for studying diseases such as MS and cancers such as breast and prostate cancers. ChIP-seq analyses can connect the role of identified genomic mutation, patterns of gene expression and how these contribute to observed phenotypes therefore completing the picture on disease pathology and both the heritable and somatic mutations. ChIP-seq is also revolutionizing pharmacogenomics through insights into drug responses.

1 Comment on "Role Of Chromatin Immunoprecipitation Sequencing In Clinical Research"