Hi, and welcome to gulpmatrix.com where we teach everything science and technology.  In this article you would learn about “chromatic aberration” and it’s different applications.

So, What Exactly is this Chromatic Aberration?

It is when colors don’t focus correctly in a camera or telescope. Putting this in real life situations, imagine you’re looking through a straw at different colored candies like red, green, blue and yellow. If the straw isn’t straight, the colors will look blurry and not in the right place. That’s similar to how chromatic aberration can make colors look in a picture or image.

It is the distortion that can occur in lenses when they are unable to focus all colors of light on a particular point.

This can result in fringes of colors i.e. the production of different colors around the edges of objects in an image, or a general lack of sharpness and clarity. It is caused by the different refractive indices of different wavelengths of light, which means that red, green, and blue light will be focused at slightly different points within the lens. 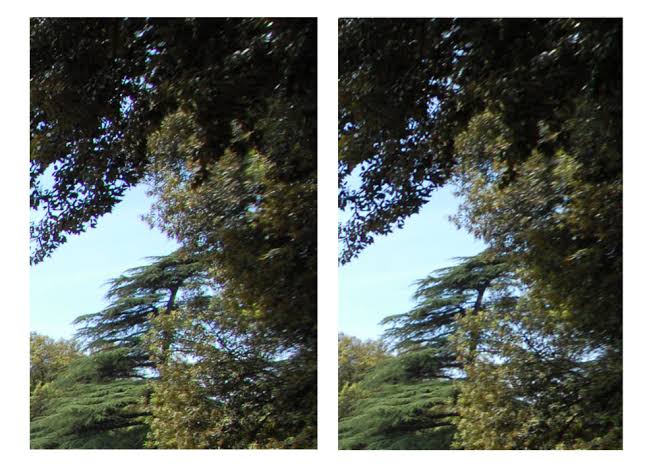 There are many examples of chromatic aberration but we will only be explaining  5. And they are;

The purple fringing is a common type of aberration that appears as a purple or magenta fringe around the edges of a high-contrast object, such as the edges of a white object against a dark background.

The green fringing is a type of aberration that appears as a green fringe around the edges of high-contrast objects.

The red/blue fringing is a type of aberration appears as a red or blue fringe around the edges of high-contrast objects.

In some cases, chromatic aberration can cause colors to appear distorted or misaligned, such as when the red, green, and blue channels of an image are not properly aligned.

Chromatic aberration can also cause halos to appear around a bright object in an image, which can be particularly noticeable in images with a lot of high-contrast detail.

These are just a few examples of the types of chromatic aberration that can occur in photographs and it is more likely to occur in images taken with lower-quality lenses or in situations with very high contrast, such as when shooting into the sun or other bright light sources.

There are two major types of chromatic aberration and they are the:

This type of aberration occurs when different wavelengths of light are focused at different distances from the lens, and it is most noticeable when the lens is focused at a long distance.

This type of aberration occurs when different wavelengths of light are focused at different positions across the width of the lens, and it is most noticeable when the lens is focused at a short distance.

How Can Chromatic Aberration Be Corrected?

It can be reduced or eliminated by using lenses that are specifically designed to correct for this distortion, such as apochromatic lenses or anamorphic lenses. These lenses make  use of additional elements, such as extra lens groups or special types of glass, to correct for chromatic aberration.

Apochromatic lenses are designed for the correction of both the longitudinal and lateral aberration, and they are typically used for applications that may require very high image quality, such as astrophotography or scientific imaging.

Anamorphic lenses, on the other hand, are designed for the correction of lateral aberration and are used primarily for cinematography.

In addition to making use of special lenses, it can also be corrected digitally in image editing software. Most modern image editing software, such as the Adobe Photoshop or GIMP, include tools that can automatically detect and also correct chromatic aberration. These tools work by analyzing the image and also identifying areas where the color fringes are most pronounced, and then adjusting the colors in those areas to reduce the aberration.

It is a common problem in photography, and it can be particularly noticeable in images taken with wide-angle lenses or lenses with a high aperture. It is also more likely to occur in lenses that have large number of elements, as the additional elements can cause more refraction further leading into chromatic aberration . However, even the best lenses are not immune to chromatic aberration, and it is something that photographers must be aware of and take into account when shooting.

What is chromatic aberration?

It is defined as the type of distortion that occurs in lenses when light of different colors is not brought to a single focus point. This can cause colors to appear fringed or even appear separated, particularly at the edges of an image.

What are the causes of chromatic aberration?

They are caused by numerous factors including the inability of the lens to focus all colors of light to a particular point. This can be due to the design of the lens, as well as factors such as the index of refraction of the lens elements and the aperture of the lens.

How can I reduce or eliminate chromatic aberration?

Is chromatic aberration more common in certain types of lenses?

Can chromatic aberration be completely eliminated?