1. Complete Heterochromia: Here, the Iris of both eyes has two different colors i.e the Iris of the left eye is green and the right is blue.

2. Central Heterochromia:
People with central heterochromia have different colors near the border of their pupils.

3. Segmental Heterochromia:
This condition is almost like that of the complete heterochromia. It occurs when a patch of color appears in one iris. In some cases It can occur in both eyes.

READ MORE:  The Formation of Messenger RNA and the Functional Role of Ribosomes

Here are some of the causes of the coloring of the Eyes: 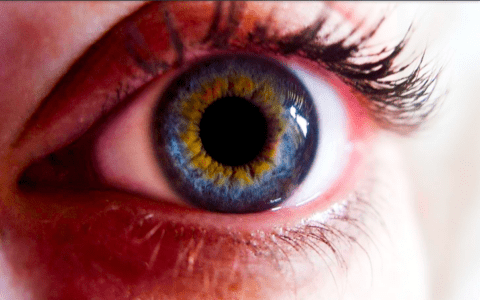 Heterochromia may be congenital (genetic) or acquired.

Congenital heterochromia is a type of heterochromia that is gotten from birth or developed soon after birth. It is hereditary and does not have any negative effect or show any sign of abnormality on the eyes.

This is caused by injuries or trauma in the eyes, it has negative effects on the eyes. Examples of acquired heterochromia includes the following: Waardenburg Syndrome, Horner’s Syndrome, Party-Romberg Syndrome, Sturge-Weber Syndrome etc.

Causes of Heterochromia in Infants:

This occurs in infants without showing any sign of abnormality. It occurs in people without a family history.

Sturge- Weber Syndrome also known as “encephalotrigeminal angiomatosis” is a neurological disorder that marked by a distinctive port-wine stain on the forehead, scalp or around the eyes.

Waardenburg Syndrome is a rare genetic condition that is characterized by some degree of congenital hearing loss and pigmentation deficiencies.

Piebaldism is a genetic condition that is gotten at birth. Piebaldism causes a person to develops unpigmented or white patches of skin or hair. In piebaldism the cells that are responsible for the coloring of the eye, skin and hair color are absent.

Hirschsprung Disease is a condition that makes someone experience difficulty in stooling, it is caused by the missing nerve cells in the muscle of part or all of the large intestine.

Bloch-Sulzberger Syndrome also known as Incontinentia Pigmenti (IP), is a genetic disease that develops after birth in areas such as the trunk and limbs, it heals, but leaves dark streaks and marble-like whorls on the skin.

Von recklinghausen Disease also called Neurofibromatosis 1 (NF 1) is a genetic disorder characterized by the development of multiple non-cancerous tumors on the nerves and skin.

Bourneville Disease also known as Tuberous Sclerosis ( TS) or Bourneville Pringle Disease (BPD) is a type of disease with dormant auto-somal inheritance. It is one of the major causes of heterochromia. 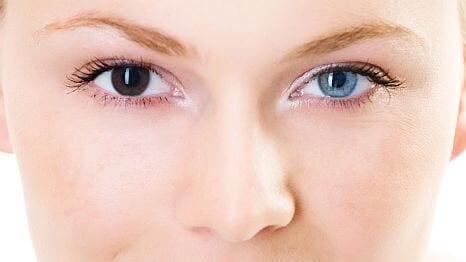 1. Glaucoma
2. Swelling of the eyes
3. Eye surgery
4. Fuch’s Heterochromic Cyclitis
5. Eye injury
6. Bleeding in the eyes
7. Tumors of the iris