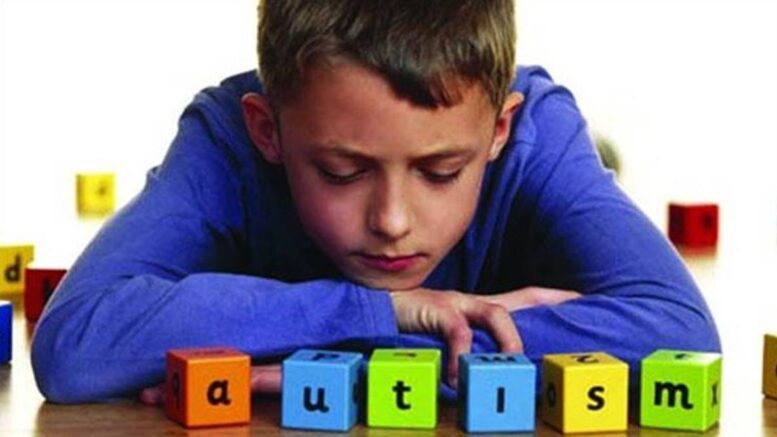 Autism Spectrum Disorder which is a neurological and lifelong disorder starts before the age of 3, and most often, children start exhibiting symptoms in their 1st and 2nd year.
In some cases, the symptoms are not visible until the child starts associating with his or her peers in school, and this leads to a delayed supply of help for the child.

According to reports released by the Centre for Disease Control (CDC), 1 in 54 children are affected by autism in the United States presently.

Symptoms in people with ASD varies significantly in each individual, hence it is termed a “spectrum disorder”. The victims might have a problem looking you in the eyes while talking to you, or talking to you entirely.

Some people with ASD might need lifetime support, while others need little or no help all through their life.

They exhibit certain behaviors continuously and can repeat the same sentence repeatedly.
Their interests are usually limited, and they often seem to be in a world of their own.

Several conditions such as Asperger’s syndrome, autistic disorder, and pervasive developmental disorder(PDD-NOS), are now classified as Autism Spectrum Disorder after many diagnoses by experts.

Asperger Syndrome: People with Asperger syndrome may be able to go handle their daily activities, and they may be very intelligent, due to the syndrome being a mild part of ASD.
Nevertheless, they might have problems with socialization.

Autistic Disorder: This disorder bears the same symptoms and types as both PDD-NOS and Asperger syndrome, both its effects are more intense.

Pervasive Developmental Disorder ( PDD-NOS): The autism of this disorder was more on children than Asperger syndrome, but less severe than the autistic disorder.

Another known condition is Childhood Dis-integrative Disorder, which is regarded as the most severe and rare part of the spectrum.
Children with this disorder develop normally, and then rapidly lose their mental and social skills from 2 to 4 years of age, and they also suffer from seizure disorders. ASD has no specific known cause, because the complex nature of the disorder and the variety of its symptoms and severity, has made it nearly impossible to point out what causes it.

But certain risk factors can play a role in the way the disorder affects a child.

• Medications: When women take medications such as thalidomide and valproic acid during pregnancy, it increases the risk of the child having ASD.

• Gender: Boys have the tendency of developing ASD four times more than girls are.

• Parents’ Age: When parents are older at the time of pregnancy, it increases the likelihood of their child being diagnosed with ASD.

• Family History: Having siblings with ASD can also be a risk factor for a child.
Families with a child suffering from ASD has a very high risk of having another child with the developmental disorder. 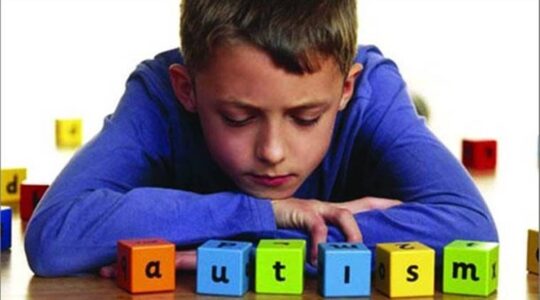 The difficulties of children suffering from ASD to communicate and have social interactions can lead to:

• Problems with learning in school.

Signs and symptoms of ASD are in two major categories. 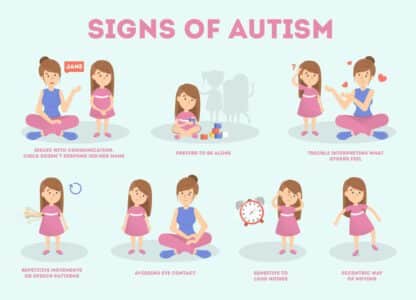 Examples of social communication and interaction skills associated with ASD include:

• Difficulty in understanding other people’s feeling and their own emotions.

• Failure to respond to his/her name.

• Use of few or no gestures, like waving goodbye.

• Little or no interest in peers.

Repetitive Or Restricted Behaviors Or Interests 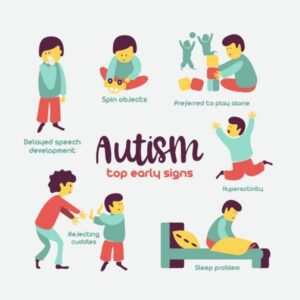 People with ASD seem to exhibit unusual interests and behaviors, which differentiates the disorder from other conditions that are also defined by interaction and communication problems.

The interests and behaviors associated with ASD include:

• Repetitive arrangement of toys in a particular manner.

• Echolalia, which is defined as the repetitive echoing of words and phrases.

• Unusual reactions to how things taste, smell, look and sound.

• Anger when the order of their toys and objects are changed.

• Spinning self and flapping hands in circles.

There is no confirmed cure for autism yet, but there are certain effective interventions that can boost the individual’s functionality.

• Medications such as risperidone and aripiprazole.