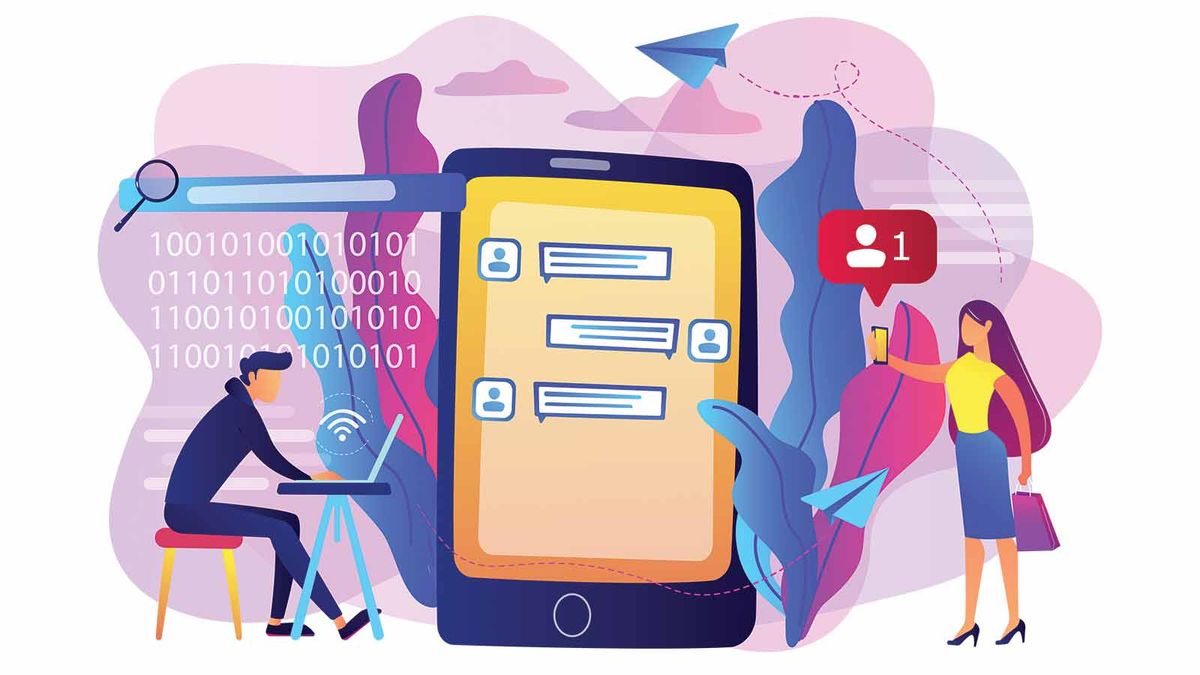 Smartphone hijacking and theft of your personal information may not be exclusive to stalking, but these are ways a stalker can find you. As we discussed earlier, a stalker could use tracking software to target your smartphone and intercept personal calls and messages. But he or she could also stage a non-targeted attack on your smartphone using signal interception.

Your smartphone has a combination of radios and signals it uses to communicate. For phone calls, text messaging and internet browser, your smartphone uses one or more cellphone network protocols like 4G LTE and 5G. Depending on the smartphone, you might also have a short-range Bluetooth radio, a GPS receiver, and one or more radios for connecting to different Wi-Fi networks.

Open Wi-Fi networks, like those used at cafes and airports, are especially vulnerable to hacking. The unencrypted data sent into the wireless router can be easily intercepted by hacking software, potentially laying claim to your location data, banking info and online passwords. Hackers may also install their own Wi-Fi access point around public locations to make this process even easier.

The best method of combating this is simply to never use public Wi-Fi, but we all face times when that is our only option to get online. While connected to an open network, avoid logging into online banking and other secure services. You can also add a layer of protection to your device by installing a virtual private network (VPN).

The apps you’ve chosen to use on the phone can also have an impact on security. Many apps access personal information on the user such as photos, cameras, contact lists and location. On Android and iPhone, these permissions must be requested and manually approved by the user. They can also be revoked later in the phone’s settings.

For safety, it’s best to grant data access to apps that have been published by reputable companies. You should also only give these permissions if they are an integral part of the app’s function. For instance, a navigation app requesting location data makes perfect sense, but a calculator app doing the same should be a red flag. Some applications may also try to see your location anytime the phone is powered on, so read carefully over each permission request.

Scammers could also use two common hacking tactics, spoofing and phishing, to access your data or to con you out of money. Spoofing disguises the true number of an incoming call. Usually, the number will appear local to you, but it can really be from anywhere on the planet. Once you pick up the phone, the scammer uses phishing techniques like telling you that they work for your bank or the IRS. Then they’ll say you owe money or your account is compromised. They’ll use that as a pretense to coax you into giving up personal info, or to transfer money over to them.

Never give your bank information to a stranger who has called you. If you’re unsure of the legitimacy of the call, consider hanging up and calling the company or agency they claim to represent at a verified phone number. Phishers will also commonly request that money be transferred to them in the form of traveler’s checks or gift cards, so such a request over the phone should immediately ring alarm bells.

Third parties can also attempt to scrub your personal data using a device called a stingray, also known as a cell site simulator. The stingray is a short-range wireless device that can disguise itself as a regular cell tower. The target’s phone then connects to the device as it would a legitimate network. Any texts, photos, location and other data sent in the stingray’s vicinity will be compromised without you knowing.

Stingrays are often employed by the U.S. government to survey and scrape data from civilians. Many federal and military agencies have access to the devices, as well as some state and police forces. The nature of the stingray makes it incredibly difficult to even identify if an attack is happening. If you suspect you may be in range of a cell simulator, power down your phone completely. Remove the battery if possible. You may also want to use a faraday cage to block any data from leaving the phone.

You can still enjoy your smartphone while avoiding stalkers and hackers. Just use these four tips as your defense: Know your smartphone, know its weaknesses, know how to keep it secure and keep your personal information personal.