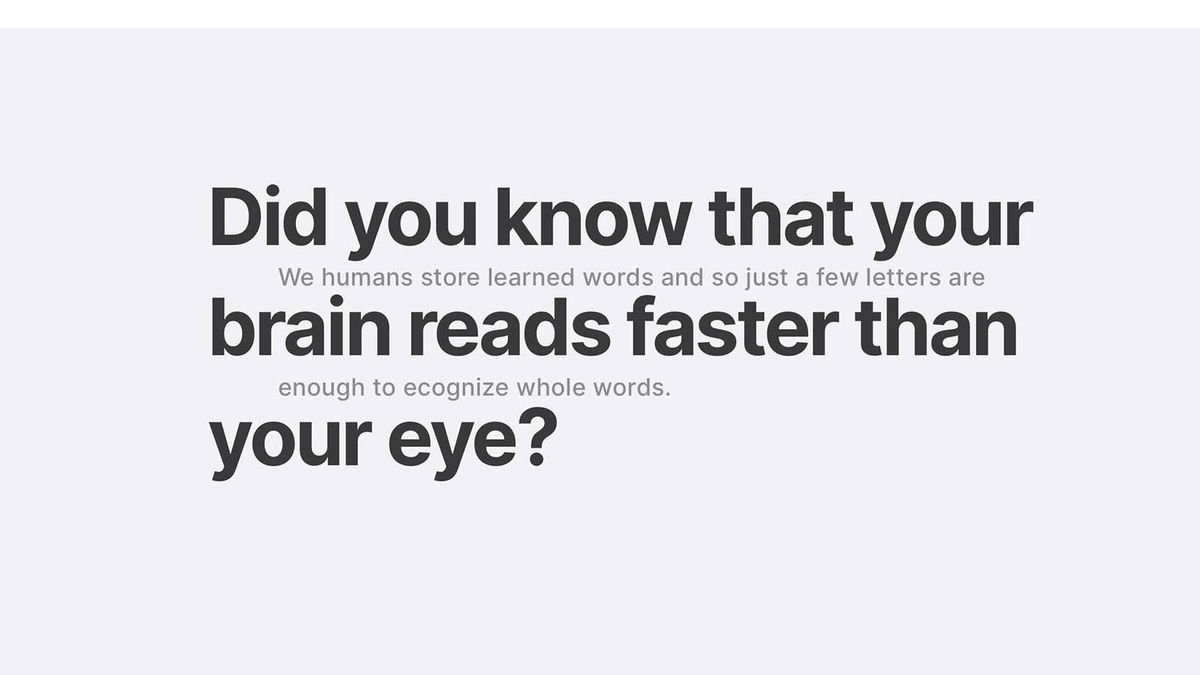 Ever dream of having superpowers? Maybe you’d like to be invisible or have the ability to fly. Or maybe you’d prefer to read minds or have X-ray vision and bionic powers. Any of these would be cool.

As it turns out, you do have a natural, built-in superpower. Even if you don’t consider yourself a particularly fast reader, you naturally read in a way that some consider bionic.

Merriam-Webster defines bionic as “having normal biological capability or performance enhanced by or as if by electronic or electromechanical devices.” Although the idea of “bionic reading” is nothing new, the term is a recent creation for an app developed by Swiss typographic designer Renato Casutt. The app is built around the idea that our “brains read faster than our eyes,” so it highlights the letters or words that our brains “see” to process the words we read (more on that in minute).

A Brief History of the Research

The science of how we read has spawned several theories, including four prominent ideas dating back to the 1800s. Three of those involve the idea of recognition, as in when we read, we either recognize shapes, individual letters or groups of letters.

While shapes are still part of our current understanding, they’re no longer the primary or sole component. Later — and current research — points more toward our neural network and the power of the brain to interpret and predict what it sees.

But recognizing shapes and characters goes back to the days of hieroglyphics, petroglyphs and other ancient writing forms. Your brain recognizes the size, contours, lines and edges of letters and automatically fills in the word based on the combination of letters used.

Saccades also contribute to how we read. That’s just a fancy word for eye movement. Your eyes don’t just move linearly when reading; they jump back and forth. They pick a letter or word — known as a fixation point — to focus on for about 200 milliseconds, then they jump ahead several letters, skipping over conjunctions and short words like “the” all while your brain is looking forward and predicting what comes next.

So, Casutt took some of what we know about how we read and developed the Bionic Reading app, which creates “artificial fixation points” with the premise that they help guide our eyes through the text. These points theoretically allow our eyes to “skip” over words while our brains fill in the rest without losing any of the meaning of the words we’re reading.

So all this begs the question: Is this type of reading really helpful? Assistant clinical professor of human development, Lauren M. Singer Trakhman, posed that very question in a piece she wrote for The Conversation. “Bionic Reading may even hinder readers,” she wrote. “Consider the speed-accuracy trade-off, which theorizes that the more quickly one does something, the worse their performance.” We imagine in time, science will tell.