You Are Here: Home » Bromine and Iodine: Industrial significance and Uses 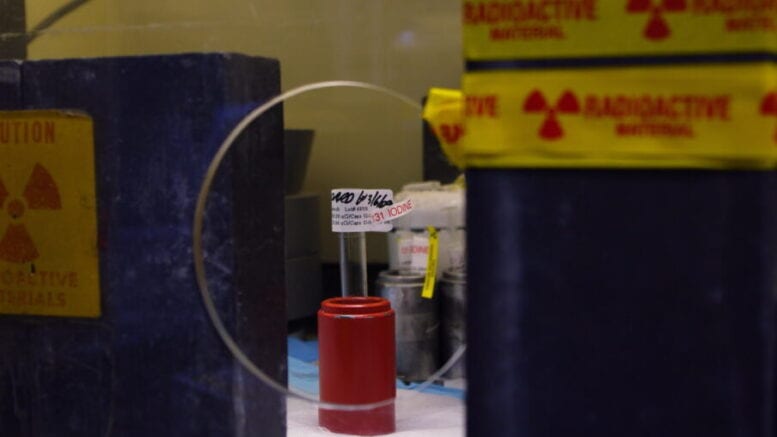 Bromine was discovered in 1812 by Courtois while Iodine was discovered in 1826 by Balard. Just like chlorine, bromine and iodine occur naturally in the combined state. Bromides such as those of potassium, magnesium and sodium occur in sea water and also in salt deposits. However, they are not as abundant as the chlorides. Iodine on the other hand occur in very small amounts in sea water and are also found as organic compounds in sea weeds and as deposits of calcium and sodium trioxoiodate(V) in association with sodium trioxonitrate(V).

Preparation of Bromine and Iodine: Bromine is obtained on a large scale from sea water. It is also gotten from salt wells. If bromine is to be obtained from sea water, the water is first acidified and the chlorides which are less soluble are crystallized out. Chlorine is then used to displace bromine from the bromide solution.

Most of the iodine we see is obtained from sodium or calcium trioxoiodate(V) by treatment with sodium hydrogen trioxosulphate(IV). Some iodine can also be extracted from sea weeds. In the laboratory, bromine and iodine are prepared by the oxidation of the appropriate halides, just the way chlorine is prepared. The gases are evolved when the halides are heated with manganese(IV) oxide and concentrated tetraoxosulphate(VI) acid.

(i) Bromine and iodine are non metals,

(iii) They form poisonous vapors which exist as diatomic molecules,

(iv) They combine with hydrogen to form very soluble gases that dissolve in water to give acidic solutions.

Uses of Bromine and Iodine

Be the first to comment on "Bromine and Iodine: Industrial significance and Uses"