You Are Here: Home » Concise Explanations of the Phenomenon called ‘Black Body’ 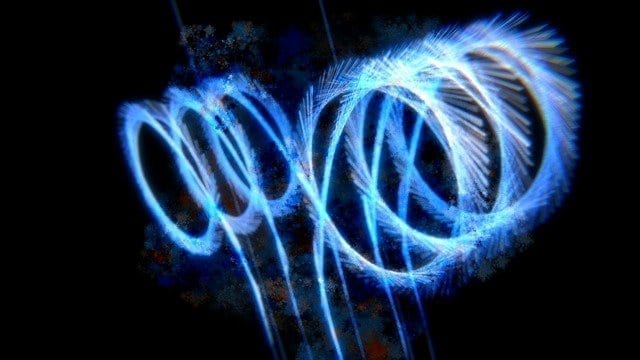 What is a black body? A black body is one which absorbs all the radiation that falls upon it, and reflects and transmits none. A perfectly black body can be very nearly realized— a good done can be made in half a minute, simply by punching a small hole in the lid of an empty tin. The hole looks almost black, although the shining tin is a good reflector. The hole looks black because the light which enters through it is reflected many times round the walls of the tin, before it meets the hole again. At each reflection, about 80% of the light energy is reflected, and 20% is absorbed. After two reflections, 64% of the original light goes on to be reflected a third time; 36% has been absorbed. After ten reflections, the fraction of the original energy which has been absorbed is 0.810, or 0.1

Any space which is almost wholly enclosed approximates to a black body. And, since a good absorber is also a good radiator we can find. A form of black body that can be used in radiation measurements consists of a porcelain sphere, S, with a small hole in it. The inside is blackened with a soot to make it as good a radiator and as bad a reflector as possible. The sphere is surrounded by a high temperature bath of, for instance, molten sodium chloride(melting point of common salt is 801oC.

The deepest recesses of a coal or wood fire are black bodies. Anyone who has looked into a fire knows that the deepest parts of it look brightest— they are radiating most power. Anyone who has also looked into a fire knows that, in the hottest part, no details of the coal or wood can be seen. That is to say, the radiation from an almost enclosed space is uniform; its character does not vary with the nature of the surfaces of the space. This is so because the radiation coming out from any area is made up partly of the radiation emitted by that area and partly of the radiation from other areas, reflected at the area in question. If the surface of the area is a good radiator, it is a bad reflector and vice-versa. And if the hole in the body is small, the radiations from every area inside it are well mixed by reflection before they can escape; the intensity and quality of the radiation escaping thus does not depend on the particular surface from which it escapes.

When we speak of the quality of radiation we mean the relative intensities of the different wavelengths that it comprises; the proportion of red to blue, for example. The quality of the radiation from a perfectly black body depends only more intense, but also more nearly white; the proportion of blue to red in it increases. Because its quality is determined only by its temperature, black-body radiation is sometimes called ‘temperature radiation’.

READ MORE:  Hypsometer and the Effect of Altitude On Boiling Point
SHARETWEETPINSHARE