You Are Here: Home » Behavioral Characteristics Of a Maned Wolf 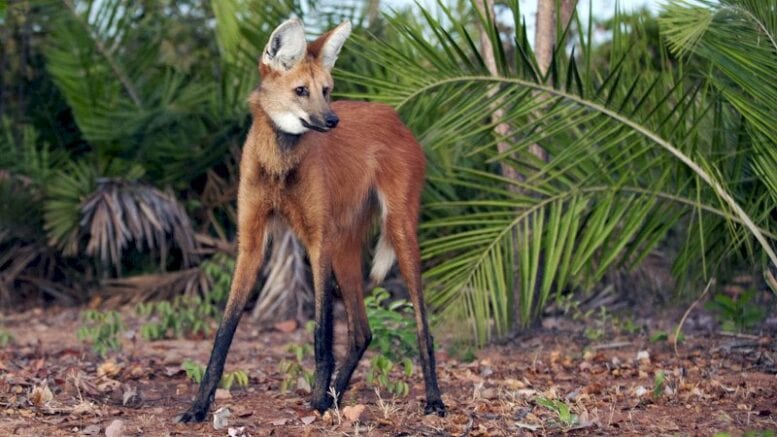 Here’s an animal that’ll break your brain. The partnership between humans and domestic dogs is an incredibly old one; some archaeologists think it could’ve started as far back as 40,000 years ago. That gave most cultures plenty of time to form a stereotypical image of what wild canids — the group containing dogs, wolves( maned wolf) and their kin — “ought” to look like.

Well the maned wolf (Chrysocyon brachyurus) doesn’t give a hoot about our preconceptions. Compared to the foxes, coyotes and retrievers many folks are used to, its body plan seems exotic and extreme. Not only is this the largest canid found in South America, but it’s also unusually tall, standing almost 3.2 feet (1 meter) high at the shoulder.

The maned wolf bestrides the continent on legs so long and so slender you’d swear the creature is part gazelle (or werewolf!).

Native to Paraguay, Uruguay, Bolivia, northern Argentina and eastern Brazil, the maned wolf frequents a wide range of habitats. It’s got a preference for open spaces, as the species is often observed in grasslands and savannahs. Researchers also encounter these guys by riverways, in swampy areas and along the edges of shrub-lined forests.

Grownups are easy to identify. Long-faced and big-eared, maned wolves typically have reddish-auburn coats as adults. We say “typically” because some mature animals showcase melanism, a genetic mutation that renders them black-furred from head to toe.

The crimson-esque hair makes normal maned wolf adults look a bit like the iconic red fox, a common canid in the Northern Hemisphere. But Chrysocyon brachyurus isn’t really a fox. Or a wolf, for that matter.

“The [maned wolf’s] nearest relative is the bush dog,” ecologist Louise Emmons says in an email. Another South American species, the bush dog is a squat little mammal normally 20 to 30 inches (51 to 76 centimeters) in total length.

Sadly, another cousin isn’t around anymore. Emmons says the maned wolf was “most closely related to the extinct Falkland Island wolf, which was found alive by [Charles] Darwin, but wiped out by the sheep farmers that colonized there.” Also called the warrah, it was the only land mammal indigenous to the Falklands. The last specimen died in 1876.

Unlike the maned wolf, the warrah had rather short legs. So why did its mainland counterpart evolve such a tall stature?

It’s often said the maned wolf’s unique limbs help it navigate tall grasses. While this may be part of the story, observational data suggests the animal’s legs are tied to its peculiar diet. As noted in a 2012 Smithsonian Institution paper (edited by Emmons), every other canid on Earth that weighs 33 pounds (15 kilograms) or more eats meat pretty much exclusively. Yet the maned wolf, which can tip the scales at 54.2 pounds (24.6 kilograms), consumes a whole lot of fruit. When another research team looked at 328 poop samples from this species, they discovered fruits and vegetable matter represented 60 percent of all the food items the surveyed animals had eaten.

Maned wolves will happily gobble up tubers, bulbs and sugar cane. They’re especially keen on a green, tomato-like fruit called the “wolf apple.” The canids swallow large quantities of seeds; the majority get pooped out uninjured. Ergo, maned wolves have a real gift for dispersing the plants whose fruits they devour.

That’s where the legs come into play. When a maned wolf rears up on its haunches, it can grab a fruit suspended up to 66.9 inches (170 centimeters) above the ground. Such delicacies are unreachable to the plant-guzzling tapirs, peccaries and armadillos that share its range. So the maned wolf’s elongate appendages give it a competitive edge.

None of this is to say that the canids won’t eat smaller animals. On the contrary, insects, reptiles, birds, rabbits and armadillos need to be careful around these crafty predators.

Perhaps the maned wolf’s adventurous palate helps explain why it outlasted the biggest real wolf to ever set paw in South America. The dire wolf (Canis dirus) was an enormous 150-pound (68-kilogram) lupine that once terrorized the landmass. All the available evidence tells us it was a carnivore that specialized in hunting massive prey.

Unfortunately, the big game it depended on had become scarce by about 11,000 B.C.E. Today the dire wolf is extinct, but the maned wolf — with its more generalized, omnivorous diet — still lives.

READ MORE:  The Lowdown on the Lion-like Leonberger

By canid standards, the high-walking fruit-fancier is no social butterfly. Adults are monogamous and a male-female pair will share and protect a large territory. Despite this, mates don’t see much of each other, opting to travel alone for most of the year. True wolves may be pack-hunters but maned wolves sure aren’t.

Breeding season usually lasts from March through June, though some couples choose to procreate at later (or earlier) dates. Infants are dark brown with noticeably short legs. In the wild, pup-rearing is mostly a female’s job, but sometimes the males pitch in. Juveniles may also stick around long enough to help their mothers raise the next generation of babies.

They say communication’s the key to a healthy relationship. Mated pairs will often leave scented messages behind for their significant others (and territorial rivals). By all accounts, maned wolf urine has a strong marijuana-like odor. A fresh sample of this excretion once tricked guests at the Netherlands’ Rotterdam Zoo — which has a maned wolf exhibit — into thinking somebody was unlawfully smoking weed on the premises.

The creature gets other messages across through snarls, growls and a distinctive “roar-bark.” And of course, we can’t forget the species’ eponymous mane. This accessory is comprised of long black hairs on the neck and shoulder area that stand upright when the animal is threatened, making it look bigger to potential adversaries. You’re never too tall to appreciate a good intimidation display.

The Lowdown on the Lion-like Leonberger 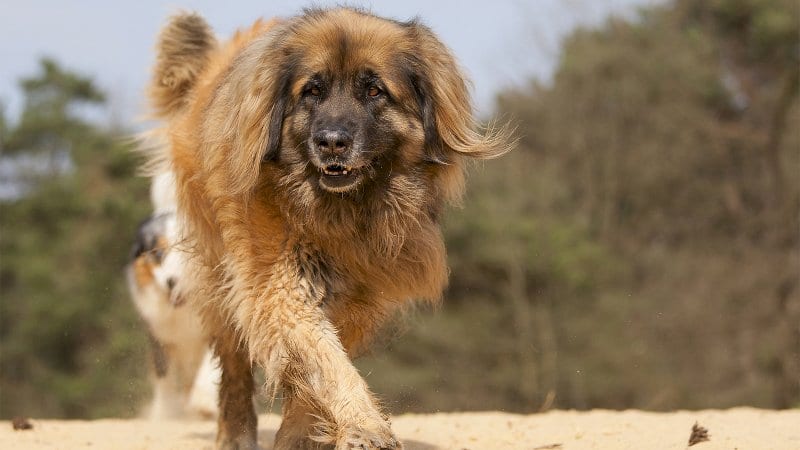 Science The Lowdown on the Lion-like Leonberger
0