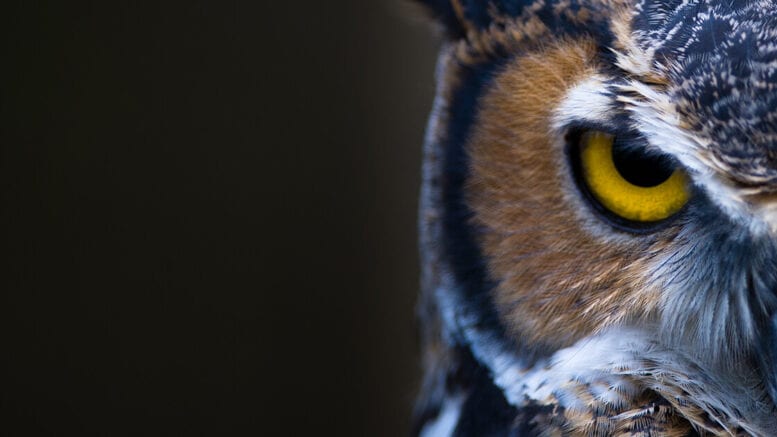 Owls are fascinating and maybe sometimes mysterious creatures it all depends on who you ask. In Africa most tribes link the owl bird to witchcraft, where i come from(Nigeria) most people link it to witchery which is commonly called (àje) by the Yorubas, the Igbos call it (amoosu), and finally the Hausas (mayya) all this are the meaning of witch or witchery in Nigeria tribes, In early generations the owl was a sacred creature especially in Greek mythology, The Owl was linked to the goddess Athena, which represented her wisdom and judgement, but in today’s modern world, most people see the owl as a beautiful sky creature.

We shall be going through some awesome stuffs about the owls which you might or might not have heard of.

1) Owls have the ability to turn their heads in a way you don’t expect.

It is said that the owl could turn it’s head to at-least a whooping 135 degree for both directions be it left or right, this ability is quite insane because the human body can not turn his or her head to that amount of degree else they will suffer serious injuries and also fatal blood flow interruptions. But the owl according to what is started by the scientists has a vascular network which gives the owl the ability to turn it’s head to that amount of degree.

Yes, you heard it right, the owl does not have the ability to smell, unlike a sky creature like the vulture, though it might seem like a disability as some of the sky flying creatures depend on their sense of smell during hunting the owl on the other hand depends on it’s vision and hearing sense to hunt down their preys.

3) The Night jar is the owl’s closest relative.

In the earlier depictions, owls were said to be related to raptors(e.g eagles, falcons), but it was later discovered that the night jar was actually the owl’s closest relative, for me i don’t find it unbelievable as the night jars look quite similar to owls.

The owl is said to be far-sighted, so now you get the clear picture why their vision helps them alot during hunting as they could sight a prey that is far distanced from where they are. The owl’s eyes is also said to weigh a range of 1% – 5% of the owl’s full body weight. Owls also have tubular eyes which doesn’t permit them to move their eye-ball as it is fixed at a position, In other for an owl to look at a different direction it needs to turn it’s head. 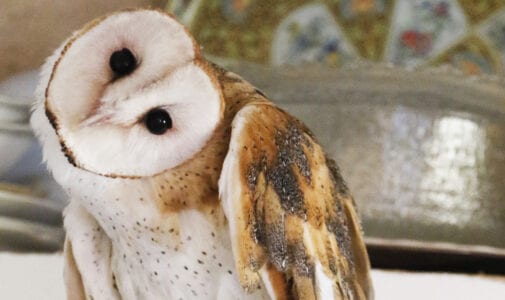 Here is something you don’t want to try, because i doubt if the owl would even let you remove it’s facial feathers knowing fully well it would affect one of their great abilities during hunting, so stay off their facial feathers.

A group of owls is referred to either a parliament, bazaar, wisdom or study, while a group of little baby owls are known as owlets. 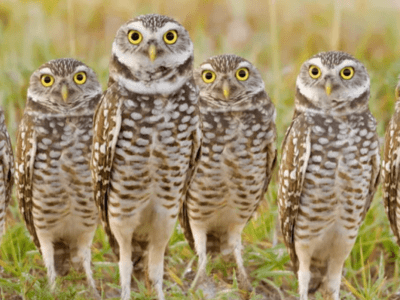 Don’t they look so adorable to you??, because they do to me.

7) The great horned owls talon curling is equivalent to the human strongest bites. 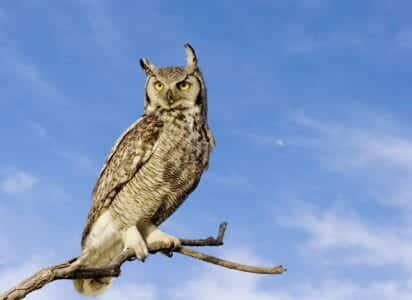 These species of owls could curl their talon with an incredible force of atleast 300 pounds per square inch which is same as a human’s strongest bite.

8) Their eyes signals when it’s time to hunt.

The owl’s eyes strongly indicates when it is about to start it’s hunting sessions, an owl which has orange eyes are said to be crepuscular.

Ever witnessed an owl killing it’s prey??? Let me know about your experience in such topic, but base on what I have heard people say, a prey getting killed by an owl especially by the great horned owl is quite a displeasing sight to watch, as the owl will either swallow the prey in one gulp or rip it apart with it’s strong talons depending on it’s prey size, then vomits out the prey’s carcass. 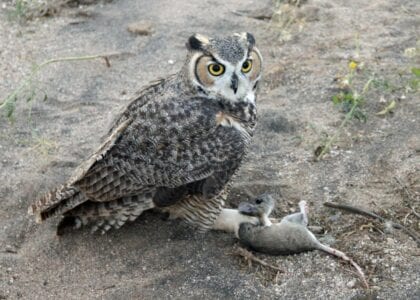 I presume the humans are not the only living creature which harbors hatred for one another, the owls also do have fights amongst themselves just as we humans, ever experienced a brawl between a owl and it’s fellow owl???, Be sure to let me know in the comment section. 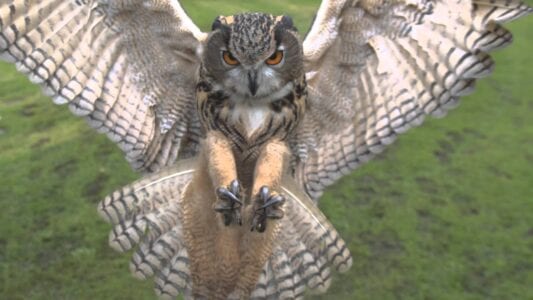 We have come to the end of this session, there are other tons of amazing things about owls which you can discover when making your private researches.

What is Adaptive Radiation in Birds?

10 Animals With The Strongest Bites in Nature