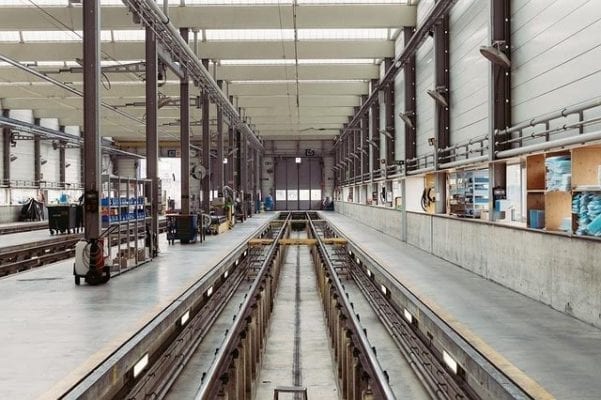 Thirty or forty years ago, science fiction movies and literature were already making predictions about the new millennium and what life would be like in the 21st century. Not surprisingly, a great number of these assumptions included some sort of robotic involvement in the life of a new man and, according to imaginative authors, it seemed that robots would take over the majority of our everyday activities. From waking us up in the morning, preparing our breakfast and guiding us through our bathroom routine, to helping us work and getting us back home safely in the evening – all of these included a robot or two along the way. However, this turned out not to be the case once the new century arrived, but robots still do play a great role in some areas of our lives and jobs. E-commerce warehouses are one of these, so here are several instances of robotic involvement in them.

Of course, robots have been taking an active role in various industries for quite some time now and their responsibilities are becoming more and more visible. When it comes to repetitive, menial and easy tasks, the simple robots are the backbone of the industry as they are cheaper than the workforce, do the exact same job as four or five humans and, ultimately, are more enduring and capable of working longer hours.

But, with the advancements of technology and new accomplishments in the area of artificial intelligence, robots are being upgraded, updated and given more responsibilities. They still work on their own, but preform more complex tasks – moreover, they handle certain jobs that humans could not. This, naturally, led people to believe that robots will soon take over our jobs, but things are not that simple.

Amazon is quite a unique company, even by the highest standards. The services it offers and the way it handles business deserves respect, and the same goes for their warehouse robots. Starting in 2011, Amazon introduced thousands of robots in their warehouses and today relies on them more than ever. These robots, nevertheless, do not do all the work, but just deliver boxes of products from the shelves to a human employee. Sounds simple, right? Well, not really.

Amazon’s robots are guided by a special software and equipped with motion sensors. That way, they know where to find the items they are looking for and manage to avoid each other in a crowded warehouse. In the end, they saved the company a ton of money and enhanced its productivity.

Based on the efficiency of these robots, other companies got interested in introducing artificial intelligence into their warehouses, too. Today, you can find a wide variety of automatized or robotized devices – from robots that stock shelves with products and drones that deliver them to   duct lifts that are absolutely necessary in certain warehouses – all over these huge spaces, helping human employees work more effectively. Also, more IT and AI companies are focusing on developing warehouse robots as they have realized their huge potential.

What can we expect of warehouse robots in the future? While a total automation is not an option just yet – human touch is still needed in certain areas of business – it seems that a bigger number of companies are going to start relying on robots even more in the years to come. Apart of Amazon, several huge corporations have understood the advantages of this technology and are actively using it in their warehouses as we speak. Finally, there are no reasons why they should

3D Printing May Make a Warehouse a Thing Of The Past

7 Jobs that May Become Extinct Due to New Technologies

2 Comments on "Are Robots About to Take Over E-Commerce Warehouses?"