You Are Here: Home » Antibiosis --- Uses of Antibiotics in Medicine and Agriculture 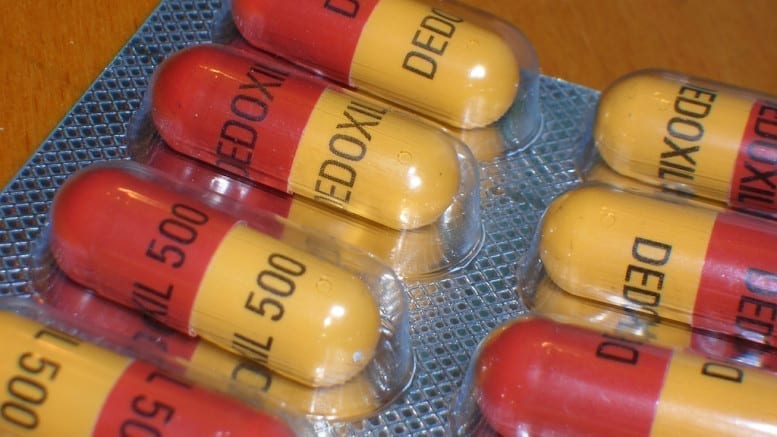 In nature, the production of antibiotics by a wide variety of organisms must have profound effects, but these are still under further investigation by biologists and scientists except in a few cases. One such effect concerns soil fertility and it is known that the presence of certain antibiotic producing organisms in the soil inhibits the presence of the green mould Penicillium expansum inhibits the development of ‘damping off’ fungi which are pathogenic to higher plants. The antibiotic is known as patulin. Another antibiotic known as viridian, is produced by the fungus Trichoderma viride, and inhibits the growth of certain other plant pathogens in the soil. From such information, it becomes reasonable to suppose that the balance of the soil population, and therefore soil fertility, must be to a great extent dependent on the numbers and kinds of antibiotic producers present. Careful and exhaustive examination of the position may lead one day to the exact control of soil fertility from the soil population standpoint, by the encouragement of useful microorganisms and discouragement of others.

Several problems and possibilities have become clear since the first general use of antibiotics. It has been shown that the use of such substances leads to the development of resistant strains or ‘persisters’ of the organism which it was intended to kill. In medicine, if the antibiotic is not toxic to man, as in the case of penicillin, this can be overcome by dosing in such large amounts as to prevent it. In other cases, such as with streptomycin, this cannot be done, and its use therefore must be very carefully controlled. 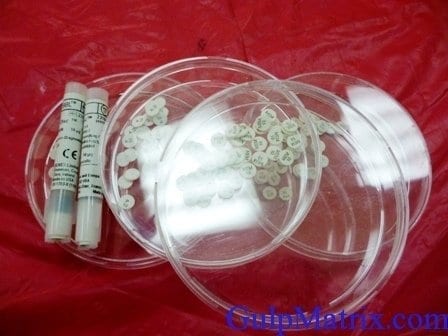 Antibiotics Producing Organisms and their Use in Poultry, Farm Animals and Food Preservation and Pest Control: Use of antibiotics can also lead to the increased development of organisms not destroyed by the antibiotic since much of the competition will be removed. The use of a substance such as aureomycin, has led to the rapid increase of other yeast-like organisms which have proved themselves toxic to the patient. Such possibilities must be clearly recognized and guarded against.

Apart from the use of antibiotics in fighting diseases, knowledge of antibiotics is proving useful in other areas. For instance, certain antibiotic substances which are very powerful, but not specific enough to be useful in medicine, can be put to other useful work. Subtilin, a product of Bacillus subtilis, is a very powerful sterilizing agent and may prove valuable in the field of food preservation. Nisin, from Streptococcus lactis, although probably present in milk, can be added to assist in preventing the growth of unwanted organisms in cheese making processes.

Another use of antibiotics has been found in the raising of farm animals and poultry. Aureomycin greatly increases the growth rate in pigs. Penicillin is used in turkey rearing. The increase in the growth rate is proved due to the presence of extra quantities of vitamin B12 in the food. This apparently arises in the gut itself, due to the fact that the antibiotic encourages the development of the gut micro-organisms which produce vitamin B12, and destroys others which do not.

Lastly, antibiotics may prove very valuable in pest control. Some antibiotics in sufficiently high concentrations may prove to be efficient rat exterminators, for instance, whilst another possibility lies in developing antibiotics which may be taken up from the soil by higher plants, and prove effective preventers of fungal or insect attacks.