Ever heard of the concept

Well,  maybe you have or maybe you’ve not but that doesn’t matter anyways because we’re about to learn the concept of angular acceleration in this article.

What exactly is this Angular Acceleration?

In physics, we say that angular acceleration is defined as the force that affects an object which happens to be in rotational motion.

NB: When an object is said to be in rotational motion, it simply means that such an object is constantly rotating i.e it is always moving, it doesn’t stay at a place.

The most common definition for angular acceleration is that it is simply the rate of change in angular velocity.

You can also say that it is simply the measure of how fast an object is rotating and it is calculated by dividing the change in angular velocity by the time it takes for that change to occur.

This may sound a little complicated, but it’s actually pretty straightforward.

READ MORE:  Tabular Description of the Properties of Magnetic Materials

It is measured in radians per second squared (rad/s²).

The formula for calculating the angular acceleration of an object is by dividing its angular velocity by the time it takes to change that velocity. In mathematical terms, it is expressed as:

Here are some examples of angular acceleration you should know.

The most common example of angular acceleration is when a car makes a turn. As the car moves around the corner, the passengers inside the car feel an acceleration due to the change in direction. 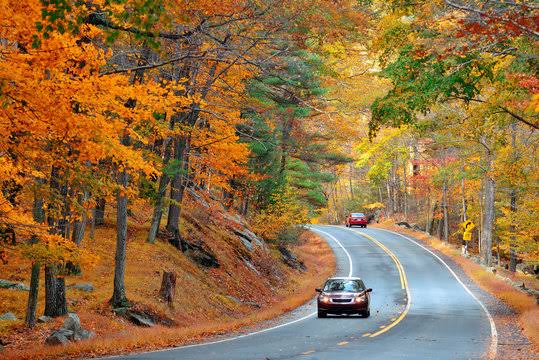 This type of acceleration is also what makes riders feel queasy on amusement park rides that spin around quickly.

Another example is when an object is rotating on a pivot point. For example, when you swing a bucket around your head, you’re creating angular acceleration. This type of acceleration is also what makes a top spin around on its axis.

How Does Angular Acceleration Affect Motion?

In addition to this, it also determines the change in magnitude and direction of an object’s momentum. If an object has a large angular acceleration, its momentum will increase and the direction of such object will quickly change. This can be seen in sports like golf or cricket, where the athletes need to swing their arms quickly to hit the ball with force.

Understanding how it affects motion is very essential in many areas of physics, such as calculating forces and also predicting how objects move. So if you’re curious about how something is moving or why something is spinning faster and faster, then understanding angular acceleration can give you your answers!

How Is Angular Acceleration Measured?

To calculate this, you’ll need to know the object’s initial and final angular velocities (ωi and ωf respectively), and also the time it takes for this change to take place (Δt). The equation looks like this:

So, if you know all three of these variables, you can easily calculate the amount of angular acceleration.

Here are some of the most common applications of angular acceleration.

As it turns out, this type of acceleration has a number of uses in various industries. For example, it is used to measure the speed and forces exerted on an object during a turn. Having this information can be used to improve design and safety for vehicles, boats and roller coasters.

It can also be used in calculating the torque required to lift a load or to measure the power needed to turn an object in a rotating system. This type of measurement is very useful for applications such as robotics, industrial machinery and automation systems.

When it comes to angular acceleration, it is very important to first understand what it is. Simply put, it is the rate of change in angular velocity. It is  what causes an object to spin faster or slower.

That’s pretty much everything you need to know about angular acceleration. Now you can go out and apply it to the real world!