You Are Here: Home » Allotropes, Properties and Structure of Carbon 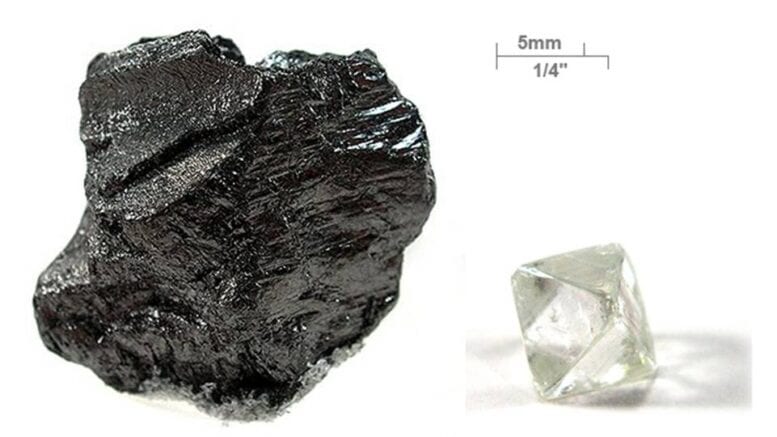 What is carbon? What are allotropes of carbon? Carbon is an element with the symbol ‘C’ with an atomic number of 6. It can be found in a pure form as graphite or diamond or in an impure form as coal or natural gas.

Carbon is known for its versatility, it is one of the abundant elements widely distributed in nature. Carbon is the second most abundant chemical in the human body.
‘Carbon’ was derived from the Latin word ‘Carbo’ which means ‘Charcoal’.
The existence of carbon is dated back to 3750BCE, it was first discovered by the Egyptians and Sumerians, but recognized as an element by Antoine Lavoisier in 1789. 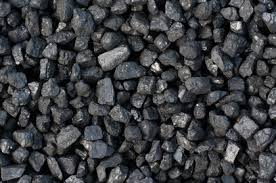 Carbon is made up of 6 electrons and 6 protons in 1 atom. It’s electronic configuration is 2,4 in the K and L shells respectively. Carbon belongs to period 2 and group 4 in the periodic table. It has electronic structures of 1S^2, 2S^2, 2p^2 in the S and P orbitals. It has a valency of 4.

Differences Between the Crystalline and non crystalline Allotropes of Carbon:

Diamond is a pure form of carbon. It is colorless and transparent. It has a density of 3.51gcm^-3. It is regarded as the hardest substance ever known, this makes it useful in glass cutting. Diamonds have a high refractive index which makes it sparkle brightly when it is thoroughly cut and polished.
Diamonds possess an octahedral shape with eight faces bonded together. Within the diamond crystals are millions of carbon atoms arranged in a network manner. Each carbon atom in diamond is bounded to four others. Each of the carbon atom is Sp^3 hybridized.
Diamonds are poor conductors of electricity.

Graphite is another pure form of carbon. It occurs naturally in places like Korea and Germany. It is planar hexagonal, it comes out as rods and bars. Each carbon atom is Sp^2 hybridized. Graphite is very slippery or greasy to touch. Graphite though a non metal, conducts electricity.

Coal is formed underneath stratified rocks by the decayed plant fragments like dead wood, branches and leaves which have laid beneath the rock for millions of years.
Coal is used as fuel for locomotives in power stations to generate electricity.

2. Charcoal: There are three common types of charcoal:

– Animal charcoal:
Animal charcoal is obtained by heating fat free animal bones in the absence of air, it is a good adsorbent i.e it adsorbs color from coloring materials in a solution.

Black soots are obtained from burning kerosene. It is gotten from the lantern we use at home. It is used as black pigment in printing ink, shoes polishes etc.

Applications and Uses Of Carbon:

Graphite and Diamond and the Allotropes of Carbon

Be the first to comment on "Allotropes, Properties and Structure of Carbon"