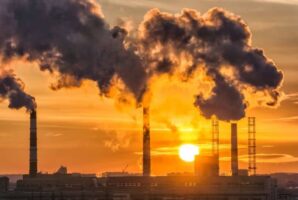 We take 23,000 breaths per day. Most of us do not think about breathing because it is not something we can see. When you can’t see pollutants like invisible gases or particles, it’s difficult to tell what’s in the air around you.

Most people are unaware that the World Health Organization estimates that more than 90% of the world’s population breathes polluted air. This terrifying figure affects everyone, especially children, the aged, and asthmatics.

When you examine the causes of air pollution, you will notice that humans are the primary cause of air pollution. The growing industrialization has both positive effects and negative effects on people and even the environment. Furthermore, one of the major consequences of our actions is the increasing rate of environmental pollution. Before we can discuss air pollution control, we must first understand what it means.

Pollution is the contamination of air, water, or soil by any substance which is considered harmful to living organisms. It’s similar to introducing or releasing a toxic substance into the environment, which can harm the environment’s elements. Pollution can occur due to both natural (such as volcanic eruptions) and artificial causes. However, artificial factors are now causing more pollution than natural ones.

What Exactly is Air Pollution?

Air pollution occurs when any physical, chemical, or biological change occurs in the air and further contaminates it. Many factors can contribute to air pollution, including poisonous or harmful gases, smoke, fog, smog, dust, and so on. Air pollution has an impact on plants and animals.

Types Of Pollutants in the Air

There are two major types of pollutants and they are primary and secondary pollutants.

A primary pollutant is an air pollutant which is emitted directly from a source.

These include harmful gases emitted by factories, such as sulfur dioxide,nitrogen oxides, carbon monoxide, mercury etc.

To prevent air pollution, you must first understand the causes of air pollution. The primary causes are as follows:

The excessive use of automobiles contributes to the emission of harmful gases into the atmosphere.

Farmers also set fire to fields and old crops to clear them for the next planting season. According to reports, burning to clean up fields pollutes the air by emitting toxic pollutants into it.

Fossil fuels emit harmful gases into the atmosphere, such as sulfur dioxide and carbon monoxide. Sulfur dioxide is a major source of air pollution because it is emitted during the combustion of fossil fuels such as coal, petroleum for energy in power plants, and other industrial combustibles.

Manufacturing industries can be found everywhere, and no region has been spared their influence. Petroleum refineries also release hydrocarbons and other pollutants that pollute the air and soil.

Mining activities are increasing the release of hazardous substances into the air. It is the process of extracting minerals from beneath the earth’s surface using heavy machinery. Throughout the process, dust and chemicals are released into the air, thereby resulting in significant air pollution.

This is one of the factors contributing to the poor health of the area’s workers and residents.

The effects of domestic sources, such as the use of chemical paints and excessive air conditioning use, Hazardous chemicals are released into the air by household cleaning products and painting supplies, polluting the environment. Have you ever noticed that when you paint your house’s walls, they emit a strong odor that makes it difficult to breathe?

A suspended particle matter is another source of pollution. It refers to airborne particles that are typically caused by dust, combustion, and other factors.

These are the effects of pollution in the air.

Because harmful gases continue to be emitted into the atmosphere, air pollution can increase the amount of global warming. Rising global temperatures, rising sea levels, melting ice from colder places and icebergs, relocation, and habitat loss have already signaled an impending crisis if preservation and normalization measures are not implemented soon.

Acid rain occurs when water droplets combine with harmful chemicals and pollutants. When fossil fuels are burned, they emit harmful chemicals into the environment, such as nitrogen oxides and sulfur oxides. When it rains, the water droplets react with the contaminants in the air, causing them to become acidic and fall to the earth as acid rain. Acid rain endangers humans, animals, and agriculture.

Depletion of the Ozone Layer

As the ozone layer depletes, harmful rays are emitted back into the atmosphere, potentially causing skin and eye problems. UV rays can also be harmful to crops.

As a result, we must work to reduce air pollution.

Effects of Air Pollution on Animals

Increasing air pollution has an impact on animals and aquatic life, causing them to stray and wander in search of food. As a result, many animals are on the verge of extinction. Animals, also referred to as wildlife, are especially vulnerable to the effects of air pollution. Pollution concerns include acid rain, heavy metals, persistent organic pollutants (POPs), and other harmful compounds.

Insects, worms, clams, fish, birds, and mammals all interact in unique ways with their surroundings. As a result, each animal is exposed to and vulnerable to the effects of air pollution in a different way.

It affects the area or habitat in which they live, as well as the availability and quality of food.

You can walk, bike, or take public transportation.

Keep your wood stove or fireplace in good working order.

Consume less and choose products that are environment friendly.

Produce your own food.