You Are Here: Home » Evolutionary Adaptations of Mammals for a Successful Life 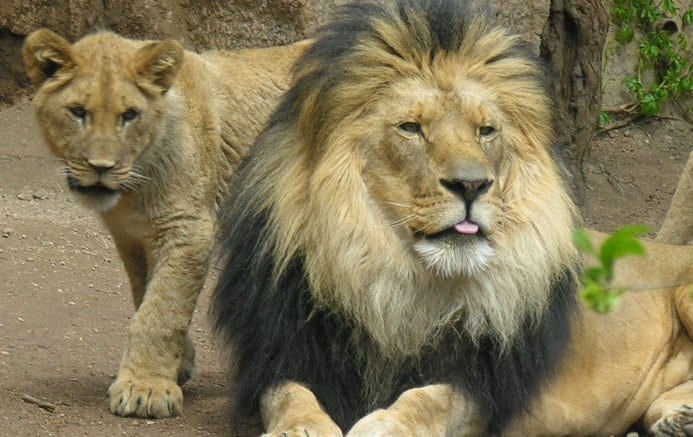 It must be remembered that apart from evolutionary changes in structure and function, the rise of the mammals practically coincides with the rise of the insects and spermatophytes, the latter providing through the agency of the former an inexhaustible supply of nutriment in the form of foliage, fruits and seeds. The main advances in physiology and anatomy which led to mammalian success are listed below.

1. The development of homoiothermy, accompanied by a rate of metabolism and structures such as the hair and sweat glands to control body temperature.

2. Efficient organs of respiration to provide the oxygen necessary for rapid metabolism; here are many accessory structures such as diaphragm, the intercostals muscles, and the separation of the food and breathing passages.

3. Viviparity, with fewer young produced, but greater parental care; the placenta and mammary glands and many physiological processes are involved here.

4. The great development of the cerebral hemispheres and particulary and neopallium with the corpus callosum allowed better co-ordination, retention of past sensations, and finally intelligent behavior.

5. Improved muscular co-ordination and control of posture and locomotion are associated with the more complicated cerebellum and the Pons Varolii.

6. Elaboration and improvement in acuity of sight, hearing and smell.

8. Complete separation of blood in the heart so that the arterial blood is subjected to a separate and stronger pressure in the systemic circulation. This has been accompanied by the high rate of metabolism.

9. Numerous skeletal features including the position of the limbs with respect to the body axis, and the three centers of ossification which allow long periods of bone growth.

The Origin of Mammals

The mammals undoubtedly had their origin in the reptilian order Theriodontia, members of which flourished from the Permian to the upper Triassic periods. In the higher theriodonts, especially the Cynodontia, a number of definitely mammalian characteristics appeared. Such, for example, were the presence of two occipital condyles, heterodont teeth, a large dentary, a false palate and jaw articulation by means of the squamosal. The limb girdles resembled those of mammals in the presence of an acromion process and a large ilium and obturator foramen. The limbs approached the mammalian condition and lifted the body clear of the ground. In the digits, the formula was 2,3,3,3, 3 (as in man).

The transition from reptile to mammal seems to have taken place in the late Permian period and by the Eocene, the monotreme stock had separated from the main line. In the Jurassic period, mammals existed which could equally well be placed with the marsupials or the eutherian mammals, but in the Cretaceous, the two groups appear to have been already separated. Owing to geographical changes, the monotremes were isolated in Australasia, and the marsupials in Australasia and South America.

The mammals show the phenomenon of adaptive radiation to a marked degree. They have not only thoroughly conquered the land, they have burrowed into it, flown and climbed above it, and some have even become secondarily aquatic, with conspicuous success in a few cases. In the matter of diet, there are omnivores, carnivores, herbivores and insectivores.

READ MORE:  Oswald Avery and his Evidence of the Involvement of Nucleic Acids in Inheritance

On land, there is a range from the mighty elephant to the tiny shrew and between these two extremes is a vast variety of forms. Moles badgers and rabbits make their homes in the earth, while monkeys, lemurs and opossums are quite at home in the trees. The bats are expert fliers, and planning devices are seen in the flying squirrels and flying phanlangers. The largest mammal, indeed the largest animal of all time, is the whale; it is completely aquatic and does not leave the water even to bear its young. The seal and walrus are not quite so completely aquatic; their young are born on land. Almost equally at home in both media are the water-rat, the otter and beaver. The camel excels in the hot deserts and the goat on precipitous hills, while the polar bear thrives within the Arctic circle.

Awesome Facts You Might Have Not Heard About Owls

1 Commenton "Evolutionary Adaptations of Mammals for a Successful Life"