You Are Here: Home » Activity Series and the Significance of Hydrogen 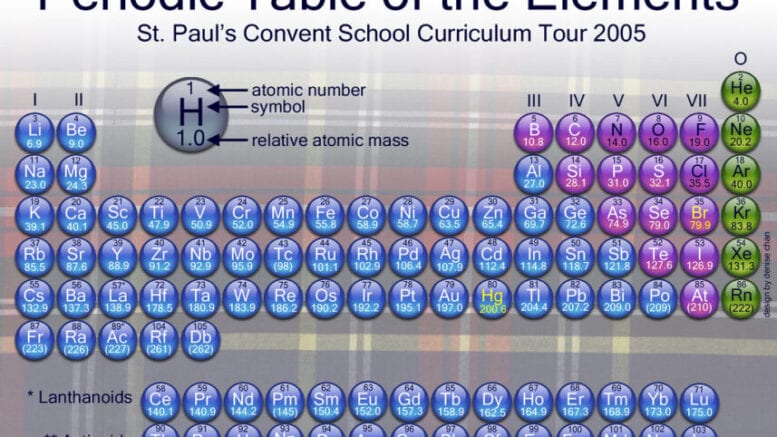 The Activity Series is a germane concept every chemist takes into consideration both in the laboratory and in the in the industry while working with elements and carrying out chemical reactions. In laboratory experiments, we can rightly observe that there are some metals that can displace hydrogen from acids and water. However, there are some metals such as copper and silver that are not able to achieve this feat. Metals that are able to displace hydrogen from acids and water are regarded as being more active than hydrogen while those that are not able to do so are said to be less active.

Potassium and sodium would react extremely violently with dilute hydrochloric acid or tetraoxosulphate(VI) acid to displace hydrogen. However, this reaction is too violent to be carried out in a laboratory. Calcium and magnesium react vigorously, while zinc, aluminium and iron react moderately which is measured by the rate of release of hydrogen bubbles. Iron reacts least among these three other metals(aluminium, zinc and iron), while aluminum undergoes the fastest reaction with these dilute mineral acids compared to zinc and iron. Lead and copper do not react with dilute acids. It is important to note that lead does not show any reaction with the dilute acids because the lead salts formed are insoluble and form a protective layer or coating over the metal.

Metals can displace one another in chemical reactions depending on their reactive strengths. For instance if an iron rod is dipped into a solution of copper(II) salt, reddish-brown deposits of metallic copper are found on the iron rod after some time indicating that iron has displaced copper from a solution of copper(II) salt.(No displacement occurs when copper rod is dipped into a solution of an iron salt). This displacement reaction also happens with copper displacing silver from a solution of silver salt. The conclusion therefore, is that iron is more reactive than copper, while copper is more reactive than silver.

READ MORE:  Electrolytic Extraction of Aluminium from Bauxite and Alumina

Any metal will displace those below it from a solution or an acid. This makes the activity series a very useful guide in determining the reactivity and chemical behavior of the various metals especially when they react with one another or with other non metals.

The Activity Series of Metals

Below is a list of metals in decreasing order of chemical activity starting from lithium to gold.

Significance and Properties of the Homologous Series