You Are Here: Home » 8 Primitive Features of Amphioxus You Never Knew 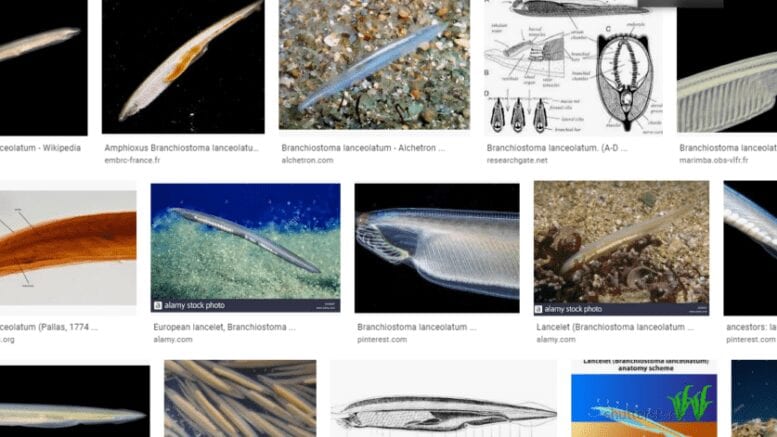 The primitive features of Amphioxus can be summarized with this 8 concise descriptions:

1.The ciliary mode of feeding is undoubtedly primitive and has been lost completely in many metazoan phyla; it persists however in lamelibranch mollusc, in the urochordates and cephalochordates. The endostyle, as an accessory feeding organ is found only in urochordates, cephalochordates and in the larvae of cyclostomes craniates. In the ammocoete larva of the lamprey, petromyzon fluviatilis, the endostyle is present and functional, but in the adult it becomes the thyroid gland and that is its destiny in all vertebrates.

2. Amphioxus possesses a complete row of segmental myotomes from front to rear. This persistence of complete segmentation is associated with non-chordates and particularly annelids. In the vertebrates, though there is always segmentation of the mesoderm, it often disappear in adult, especially in the anterior region. We see in the dogfish a long series of myotomes but the first three pairs becomes modified to form the eye-muscles.

3. In the condition of its nervous system, Amphioxus is primitive. The primitive features of amphioxus can be clearly seen in the very little differentiation of the brain; there are no paired sense organs. The afferent nerve fibres originate in superficial sensory cells and proceed directly into the central nervous system without the mediation of dorsal ganglia on the afferent roots. This is the condition we find in annelids and arthropods.

4. The blood has no respiratory pigment and there is no heart.

5. The blood vessel do not show distinction into arteries and veins. Even by comparison with the great non-chordate phyla there is a startling lack of cephalization and of paired limbs.

6.The persistence of the notochord in an unmodified state throughout life is not found in other chordates. In vertebrates, traces of it are present though it becomes enveloped and in some cases almost obliterated by the vertebral column.

7. The primitive features of amphioxus can also be observed in the skin which presents a condition with which we are familiar in the annelids.

8.There is an epidermis one cell thick, lying over connective tissue. In all the vertebrate chordates, the epidermis becomes a stratified epithelium.

Morphological Affinities of the Chordates and Echinoderms