You Are Here: Home » 7 Types of Epithelial Tissues and their Functional Roles 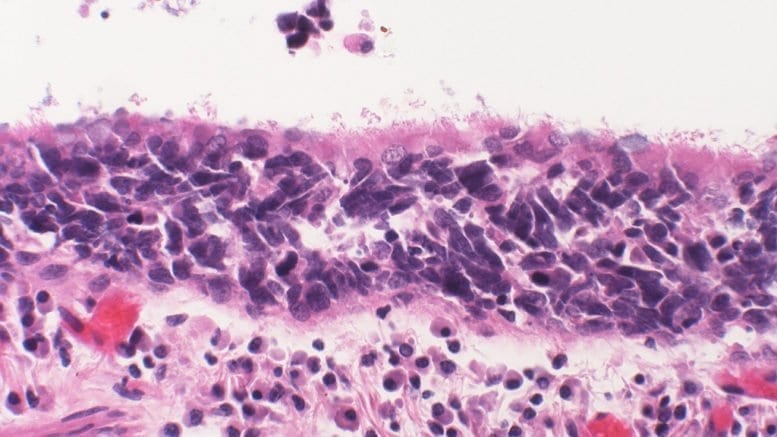 The cells of an epithelial tissue form a sheet covering a free surface, internally or externally. The internal lining of cavities and tubes are sometimes termed endothelia; the term “endothelium” is equivalent to “internal epithelium” in an epithelium, there is always a very small amount of intercellular substance and hence the cells are close together. When the epithelium is on cell thick, each cell is attached to a basement membrane of cementing substance which is secreted by the underlying connective tissue. When the epithelium is more than one cell thick, only the lowest layer of cells rests on the basement membrane. The types of epithelial tissues described below:

This is sometimes known as pavement epithelium because the cells are very thin and flat. They are very close together and sometimes in transverse section the nucleus produce a bulging effect in the centre . In surface view, squamous epithelium present a mosaic appearance. Very careful examination of a transverse section will reveal the presence of fine protoplasmic bridges which connect the cells. Good examples for study of squamous epithelium can be found in Bowman’s capsules of the kidney, the peritoneum and the endothelium of blood-vessels.

READ MORE:  Parasitism and the Adaptive Characteristics of Parasites

The cells of this tissue are tall and prismatic often with the inner ends tapering. In surface view they form an irregular hexagonal mosaic. The nucleus is usually located at the base of the cell. Columnar epithelium is generally bathed in mucus produced by goblet cells. Which lie among the columnar cells. A peculiar feature of columnar epithelium is the striated border at the free edge of the cells. [stextbox id=”info” defcaption=”true” float=”true”]Excellent examples of columnar epithelium can be seen in transverse sections of the intestine and in sections of the gall-bladder. The tissue lines the greater part of the gut, and is practically continuous from stomach to anus.[/stextbox]

The three surfaces of the cells bear fine vibratile cilia each arising from a basal granule. At intervals between the ciliated cells are muscus-secreting cells which taper towards the free surface. This type of tissue is sometimes classed as columnar from the shape of the tall prismatic cells. Ciliated epithelium is present throughout the air passages, in the oviduct, in the ventricles of the brain and in the spinal canal.

This type is always one cell thick, but not all the cells reach the free surface. Examples are found in the olfactory mucosa and in the trachea. It is usually columnar and /or ciliated.

This is a compound epithelium consisting of a number of layers of cells. All the cells arise from the germinative layer which lies on the basement membrane. The germinative layer consists of cubical cells which constantly undergo mitosis; thus the cells lost from the outer surface are continually replaced. As cells are pushed towards the free surface, they become progressively flattened and, in some tissues, these squames may form a dead horny layer. Numerous protoplasmic fibrils pass from cell to cell, giving greater coherence. Stratified epithelium is present in the epidermis of the skin, in the lining of the buccal cavity, in part of the oesophagus and in the vagina.

This is a compound epithelial tissue with only three or four layers of cells. Renewal takes place in the lowest layer where mitosis is frequent; the cells are small and polyhedral. There may be another layer of small cells and then a layer of cells which are almost columnar. The cells at the free surfaces into which the tops of the columnar cells fit. Transitional epithelium is found in cavities where there may be considerable distension; such are the urinary bladder, the pelvis of the kidney and the ureter.

Functionally, epithelia may be divided into three types Squamous epithelia provide thin membranes for rapid diffusion, smooth surface for the passage of the fluids, and on the outer surfaces of stomach and intestines, which during peristaltic movements have rub on each other, and on the peritoneum of the body wall.

Cubical and columnar epithelia are secretory and provide the lining for duct ad glands. The cells are comparatively large and are never far remove from the blood supply. in the columnar epithelium of the gut, the mucus from the goblet cells provides the lubrication which prevent abrasion by hard particles In the food. The mucus also provides protection against the digestive enzymes. The cells of ciliated epithelium in the cerebro-spinal cavities ensure that the fluid is kept in motion; those of the air passages trap foreign particles in the mucus, which is then wafted to the pharynx and swallowed; those of the oviduct ease the passage of eggs and their early developmental stages along the duct.

Stratified epithelial tissue provide protection from abrasion on surfaces which are exposed to considerable wear and tear. Such are the skin and the lining of the buccal cavity where the mastication of food may cause considerable friction against the cheeks. Transitional epithelial tissue allow of considerable alteration in surface area. When fully extended most of the cells will stretch into a flattened condition and many will be broken off by this stretching. Both stratified and transitional epithelia have a mechanism for replacing losses from the free surfaces.

Blood-vessels do not normally enter epithelial tissues. Their nutriment and oxygen are supplied by the lymph channels which run in the too far removed from the blood supply and hence die, forming keratinized squames which constitute a type of exoskeleton. Nerve fibres often penetrate epithelia and beneath stratified epithelia there is usually a nerve plexus.

Functional Roles of Hyaline and Elastic Cartilage in Animals

Importance of Equipotentials in Electrostatic Fields

7 Types of Epithelial Tissues and their Functional Roles 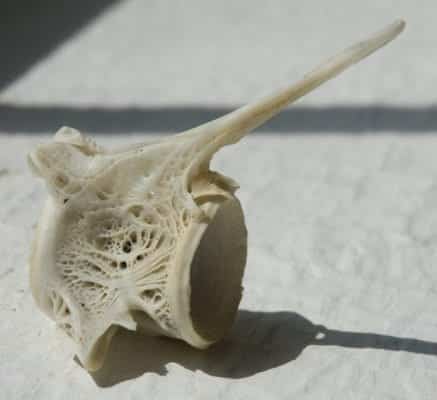