You Are Here: Home » 7 Important Distinguishing Criteria of Angiosperms 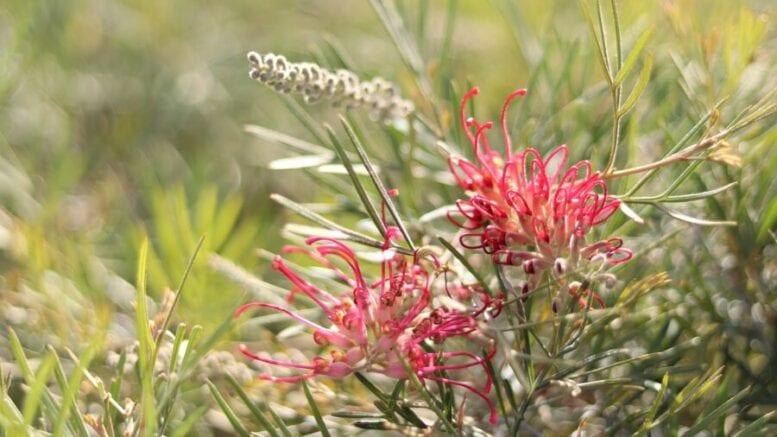 1. Embryonic Characters: The most clear cut of these is the number of cotyledons. There are two conditions only, namely one or two cotyledons. The angiosperms are thus immediately divisible into two sub-classes, the Monocotyledones and the Dicotyledones. With this major distinguishing character can be placed others relating to the generalized floral and vegetative morphology of the two sub-classes.

Floral Morphology: Since the flower is the universal characteristic organ of the angiosperms, it is most convenient to use floral variations and similarities as indications of the main guide to relationships within the two sub-classes, and hence to subdivide them further. Floral characters of significance are included in the following.

2. Arrangement and Numbers of Parts: If the development of comparatively large numbers of parts, freely inserted in spiral succession on a long conical receptacle with the carpels in the superior position, is looked upon as being the ancestral condition, then other arrangements, reductions and fusions, taken in conjunction with one another, can be used to indicate degrees of evolutionary advance. Cyclic arrangement of parts may be considered a more highly evolved condition, as may be the reduction of numbers of parts, either of whole whorls. The dicotyledons are separated into the Archichlamydeae (perianth segment free) and Metachlamydeae (perianth segments fused) on this last character. Such reduction and fusion of parts is not really degradation but leads to greater efficiency in the flower both economically and in pollination processes. The numbers and arrangement of floral parts are, in general, characters sufficiently clear-cut to warrant the division of the major groups into orders, families, genera and often species.

3. Actinomorphy and Zygomorphy: The latter may be considered the derived character since it is usually associated with reduction in the number of stamens and their positions with respect to the corolla. It is undoubtedly associated with the evolution of specialized insect which could act as pollinators.

READ MORE:  The Mechanism Of Seed Formation Without Fertilization

4. Type of Inflorescence:The solitary flower and simple raceme are probably the most primitive conditions, with the other indefinite inflorescence such as the umbel and capitulum very advanced modifications, and the cymose inflorescences, derivatives. Massing of small flowers is undoubtedly associated with insect pollination and accomonaying it may be special forms of zygomorphy and unisexuality. Members of the Compositae seem to culminate the trend.

5. Type of Fruit:The apocarpous gynaecium giving rise to dry, dehiscent many –seeded follicles seems to be the ancestral condition. Reduction in numbers and fusion of carpel have given rise to the other forms. The development of a fleshy pericarp is an advanced character associated with special methods of fruit and seed dispersal.

6. Characters of Vegetative Morphology: Every flowering plant has a common vegetative body plan but the numerous modifications in response to the wide variety of habitants tend obscure this. Because of the constancy of the general pattern, no very significant use can be made of vegetative characters in classification except to distinguish between members which have already been found to be closely related by other criteria. Vegetative characters may sometimes be used to define one species of a genus from another. It is generally conceded that the wide variety of angiosperms have arisen from an erect woody land plant, perennating above ground, with mesomorphic leaves arranged spirally and not shed seasonally. From such have been derived the herbaceous plants, those of creeping or climbing habit, plants perennating below ground, the annual and biennial plants, those showing xerophytic modifications and the aquatics, the comparatively few insectivorous and parasitic forms. The whorled leaf arrangement and the deciduous condition. (note that evergreen angiosperms are probably recent derivatives of deciduous forms).

7. Characters of Vegetative Anatomy:As with morphological characters, these may be important in separating the angiosperms from other groups of plants but much use cannot be made of them in classifying within the group itself except in certain circumstances. For example, xylem anatomy can sometimes be used to define one species from another. The ancestral stem structure was probably that showing collaterial bundle arranged in one or more rings. Xylem tracheids are certainly more primitive than vessels, and of the latter, the vessel with round pits seems to have been derived from the vessel with scalariform pits.

These criteria, particularly those of floral morphology, are the ones used by most taxonomists and classifications of the angiosperms have been based almost entirely upon them in the past. More recently attempt have been made to take into account physiological characters, including serum diagnosis, cytological characters, especially chromosome numbers, and evidence from inheritance data, but it is doubtful if any completely new ideas have emerged. The new methods have all tended to confirm rather than destroy the older knowledge.

The Mechanism Of Seed Formation Without Fertilization