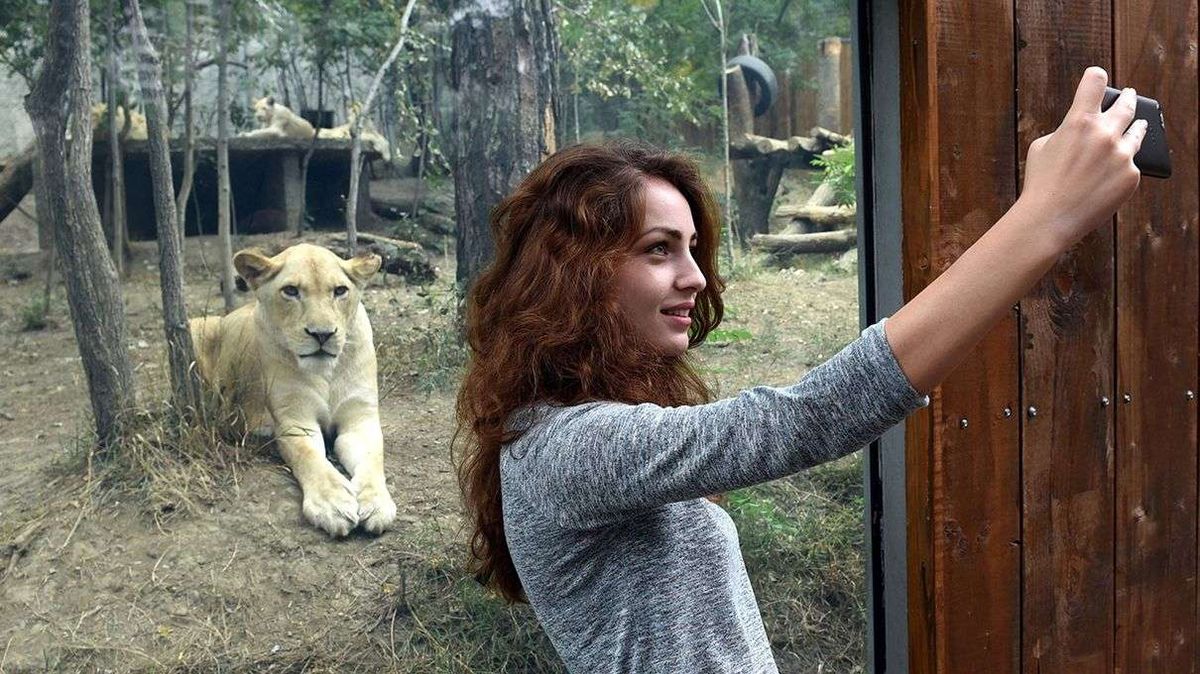 Kittens, puppies. The occasional squirrel. Most of these animals make good partners for selfie pics. Sure, they don’t have the charisma of a cougar or the magnetism of a bear, but they’re much better choices — for obvious safety reasons.

So many people have been taking selfies with wild bears that officials closed a Colorado park. Park managers at Waterton Canyon recreation area near Denver temporarily stopped people from entering the park until the bears go into hibernation. Similar Insta-worthy situations have been spotted in Yosemite and other state parks.

A snap with a Bison? It’s too close for comfort, say Yellowstone National Park authorities. Several people have been hurt after taking pictures with a bison in the background — some as near as 3 to 6 feet (1 to 2 meters) away. Countless more have just been lucky to get away with a shareable moment and not serious injuries.

Everything turned out OK after the extreme close-up with a snake pictured below, but one California man wasn’t so lucky. He may lose his hand after taking a selfie with a rattlesnake — and then receiving a $150,000 hospital bill for anti-venom. Which hurts more?

READ MORE:  Review: Sonos Ray soundbar is an easy upgrade that will leave you wanting more

The freshwater crocodiles that sun themselves near pedestrians in a nature park in Australia’s Top End may not be as powerful as their saltwater cousins. They are, however, still deadly. Authorities have been warning tourists not to talk selfies with crocs within arm’s reach. You can imagine why, even though many others apparently couldn’t.

You know that moment, right before it all goes wrong? Yeah, we’re thinking this selfie ended with a painful nip, too. Although not as bad as this one. And, things really went wrong for this guy taking a snap with a kick-happy camel. This gentleman is about to have his hat reshaped.

While filming a plea for someone — anyone — to re-home her “lovely cat,” a now-infamous feline repeatedly bites and scratches this woman. Turns out, the feelings are probably mutual.

So many single guys were sneaking up on tigers to take Tinder profile snaps that the New York State Assembly actually passed legislation to prevent the pics. People caught photobombing a big cat will now be fined. No word on whether #guyswithtigers are more popular on dating sites. #doubtit