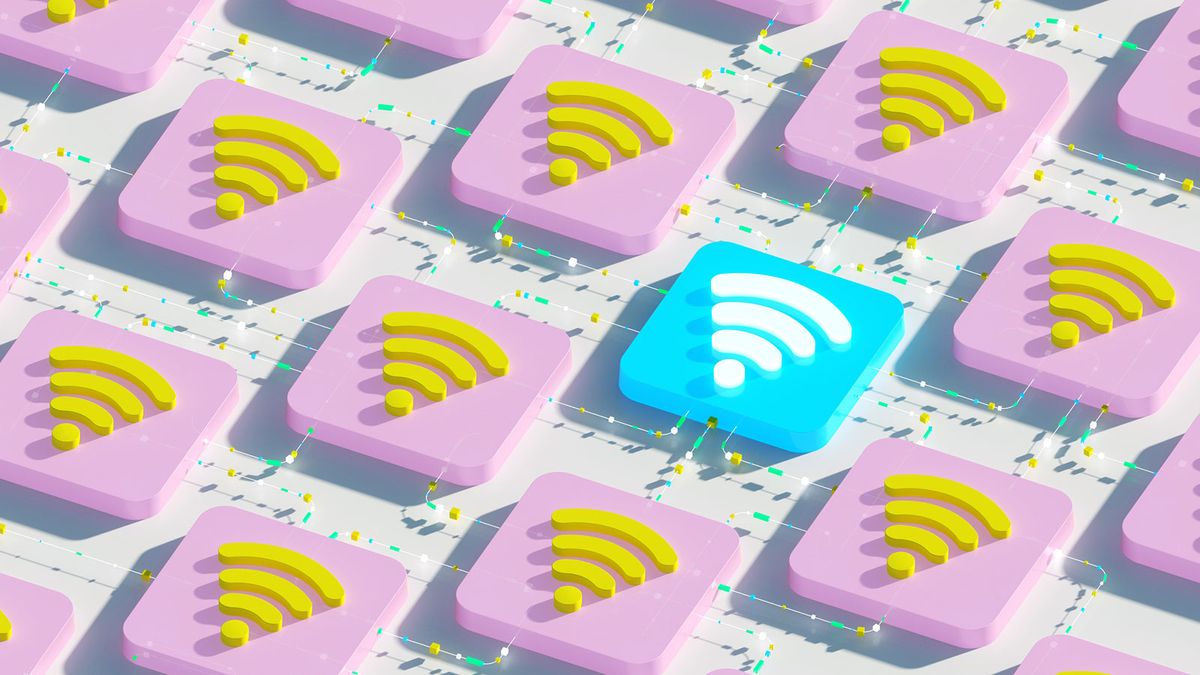 Whether you’re in the final research stages of a major paper, on a Zoom call for work, or simply gripped by the season finale of “Ozark,” a dropped WiFi connection at an inopportune time is a massive buzzkill. People deal with this modern inconvenience all the time, sometimes for months before doing anything about it. Here are some of the most common reasons it happens and what you can do about it:

1. Too Many Devices Are Connected

Back in the day, the average household had a computer or two to connect. Now, with smartphones, iPads, smart TVs and so much more, it doesn’t take long for WiFi to hop aboard the struggle bus. “Surprisingly, even if a connected device isn’t actively sending/receiving data, it will still consume some of the available bandwidth,” says Neil Parker, chief technical officer and co-founder of the livestream wedding app Lovecast, in an email. “What this means is that if you have many devices connected, you can start to see slowdowns or drops in your WiFi connection.”

The Fix: Parker says that the first and easiest fix is to disconnect unused devices from your WiFi. The easiest way to do this is to simply change your WiFi password, which will kick everyone off. Then, you can allow only certain devices to rejoin. “If that’s not feasible, you can also try to switch bands (maybe connect to the 5 GHz band instead of the 2.4 GHz where it may be less crowded),” he suggests. In general, the 5 GHz band has faster connectivity but a shorter range than the 2.4 GHz band, which has a longer range but can be slower. Change the band by going into the individual device’s settings.

Cutting back on heavy WiFi use temporarily can also help — for instance, stop gaming or downloading a movie.

Finally, you may need to upgrade your connectivity. First, run a speed test to check your current speed. (Google “speed test” to see a list of websites where you can do this.) You may have too many devices connected for the internet speed you’re paying for. If this is the case, contact your internet provider about upgrading to a higher speed. But you may want to try some of our other fixes first before spending the money.

2. The Router Is in a Bad Spot

This is the most common reason for WiFi failure, says Aseem Kishore, founder of Help Desk Geek in an email. “If your access point is buried three doors down in a closet and the device that you’re trying to connect it with is edging on the outer limits of its signal range you’re going to face signal dropping till you move your device closer to the access point,” he says.

The Fix: Install the router in the room where you plan to use the WiFi most or as near as possible. Mike Dragan, chief operating officer at events app Oveit, says to elevate the router so that there aren’t any obstacles in the way and place it as close as possible to the middle of the home. “You should also stay away from reflecting objects like glass, mirrors and metal, as WiFi signals tend to bounce off of them,” he explains by email.

“Most of us place our WiFi routers next to our cordless phones, Bluetooth devices and smart TVs, and this causes all these different signals to interfere with one another and eventually result in signal dropping. If you’ve ever wondered why your phone stops getting WiFi when you’re next to the microwave, say hello to radio interference,” says Kishore. Radio interference may also happen if you live in an apartment or condo building and everyone has their own WiFi routers in close proximity.

The Fix: Change the channel on which your WiFi is operating. “Use an application such as WiFi Analyzer that tells you which WiFi channels are being used the most. Pick a channel that is used the least,” emails radio engineer Sam Brown with the wireless technology blog OneSDR. “Alternatively, switch over to the 5 GHz band. In general, this is a very good solution for WiFi in apartment buildings where there can be hundreds of access points in operation in the very popular 2.4 GHz band but relatively few of them operating at 5 GHz.”

The drivers on electronic devices, like printers and computers require semi-regular updates, or else they won’t work well. If you’re struggling with WiFi drops (particularly if it’s on just one device) check to see if the device’s drivers need updating.

The Fix: As with other types of tech, you’ll have to go straight to the source to fix this pickle. “To upgrade your wireless card drivers, go to the manufacturer’s website and get the most recent versions,” emails Steve Scott, chief technical officer at Spreadsheet Planet.

5. The Router Needs a Break

People are pretty punishing to devices. We keep cell phones, laptops and all variety of digital things turned on all the time, regardless of whether we’re using them and expect them to function at peak potential. Routers are no exception to this habit, but they need the occasional time out, too!

The Fix: Turn off your router and modem and keep them unplugged for a minimum of 30 seconds, says Stewart McGrenary, director of Freedom Mobiles. Then restart them in this order: “First, connect the modem and wait for it to fully connect. Then you’ll need to switch on your router. Sometimes that’s all that’s required,” he says.

Sometimes, all the restarts and repositionings just don’t make things better. In those cases, it’s probably time for new technology. “Old routers become less and less compatible with newer services,” says Christen Costa, CEO of Gadget Review via email. “You may find it works after a reset … for a while. But eventually, you’ll need to get a newer router.” If you rent from your WiFi provider, double-check that you are using an up-to-date version. If you own, it’s probably time to bite the bullet and purchase a new one.