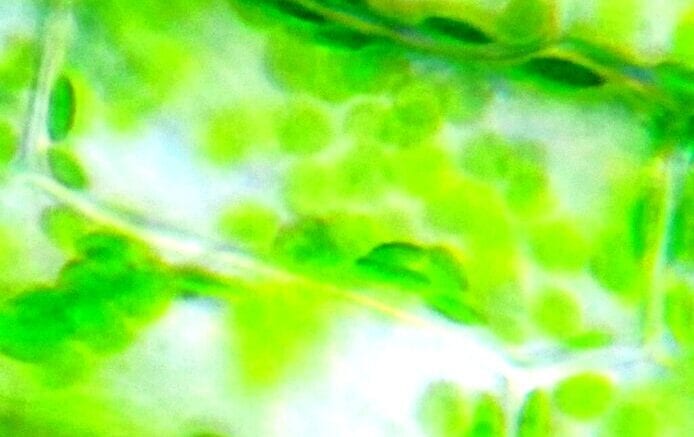 Pigments of the chloroplast such as chlorophyll is in fact a mixture of very closely related pigments of which chlorophyll is just one of them. You can verify the composition of this plant pigment by extracting the pigment from the leaves of plants with acetone and separating them into their component pigments using paper chromatography. Five distinct pigments can be identified from this separation:

(i) Chlorophyll a (blue-green)

(v) Phaeophytin (grey, which is a breakdown product of chlorophyll)

The chlorophyll structure is quite complex. It belongs to a group of organic radical called porphyrins and has magnesium as its metallic radical which is a characteristic feature of porphyrins because they form complexes with heavy metals. Other porphyrin pigments include haemoglobin and some respiratory pigments but the ability of chlorophyll to absorb light may not be unconnected with the presence of the metal magnesium unlike haemoglobin which contains iron.