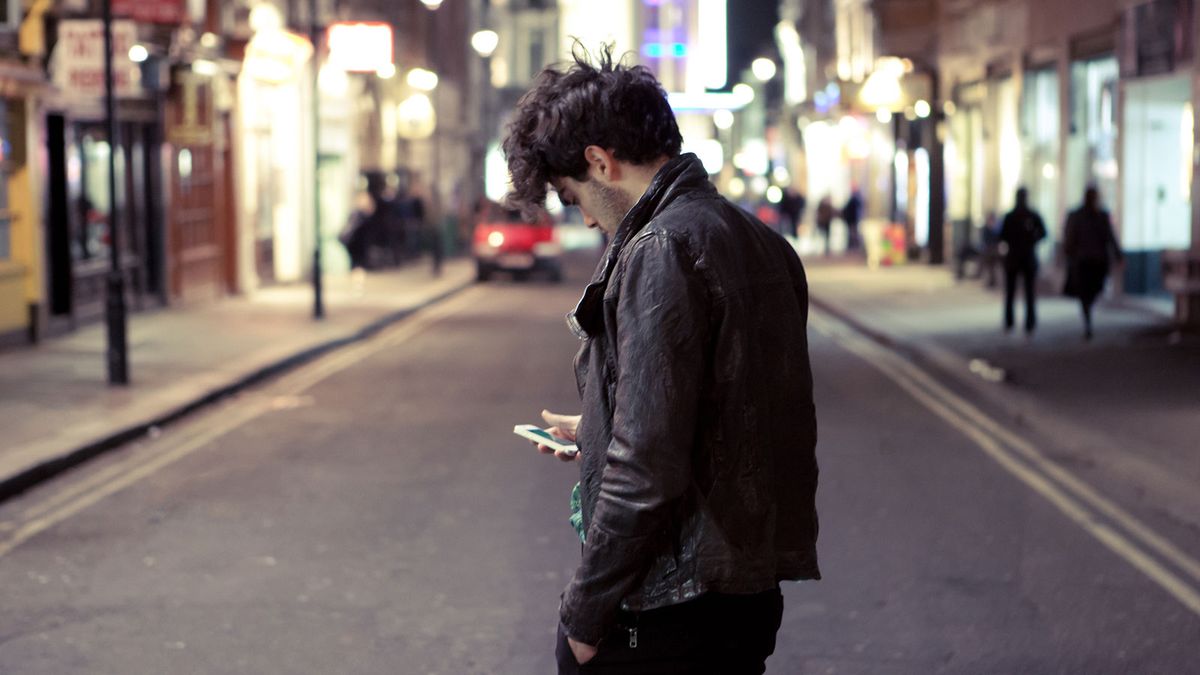 About three-quarters of cell phone users deal with the forehead-smacking exasperation of dropped calls at least occasionally according to a Pew survey. In some cases, you can simply call back your friend and pick up the conversation where you left off. In other situations – say, if you’re stranded along a highway in 120 F (48 C) temperatures – a dropped emergency call might mean the difference between life and death.

Because cell phone networks and the phones themselves are such complicated systems, there are a lot of dynamic variables that contribute to problems with voice calls and data transfer. Signals seem to wax and wane, often in the same spot, for no logical reason. Why does signal quality and strength often seem less like science … and more like black magic?

It’s partly because electromagnetic fields constantly change, reflecting and refracting, expanding and contracting, morphing in response to a raft of variables that network engineers often anticipate but are helpless to address in real time.

Before we plunge into the finer points of dropped calls, it’s worth remembering that cell phones are basically just fancy two-way radios. Just like FM/AM radios, they suffer from the effects of interference.

So, let’s look at the top four reasons your phone call drops and some ways to improve your reception. Note that because cell systems are some of the most sophisticated (and confusing) systems on Earth, some of the concepts we’ll introduce are oversimplified for easier understanding.

1. Your Signal Is Weak

Weak signals are, by far, the No. 1 cause of dropped calls and data issues. That’s according to George Lamb, who was vice president of customer service at Nextivity, a developer of mobile coverage technology, when we spoke to him in 2018.

In general, the closer you are to a cell phone tower, the better your signal. The reverse is also true – the farther you are from a tower, the weaker the signal, and the more likely you’ll experience problems. In an ideal situation, your phone might be able to work with a tower that’s about 45 miles (72 kilometers) away. In the real world, though, your max is typically closer to about half of that distance.

Note that data signals are affected by line of sight. So, if you’re on a mountaintop, you’re more apt to get a better signal than if you’re in a deep canyon. Even in flat areas, if you wander far enough from a tower, the curvature of Earth will affect signal quality.

That’s because physical obstructions deflect and block radio signals. Often, foliage or reinforced concrete are to blame. But so might a big city bus. It could cut your signal in half as you stroll along a sidewalk and restore that signal when it pulls away.

You’ve undoubtedly encountered dead spots where a signal weakens or dies altogether. Because cell phone signals are so changeable, “you might encounter dead spots as small as 3 feet [91 centimeters] wide,” said Lamb.

Wind doesn’t affect signals. Neither does vehicle speed. Nor do Bluetooth signals, which work on different frequencies.

Rain, on the other hand, is a signal killer. That’s because the high-frequency wavelengths used by cell phones don’t travel well through water. Water tends to block the radio signal between the cell phone tower and your phone. Snow and hail are problematic, too, but they have lower water content than rain, so they aren’t as disruptive as a cats-and-dogs downpour. Temperature also can affect signals because warmer air can hold more water vapor. More vapor means there’s a greater chance of signal attenuation.

Here’s a surprise: Because tree leaves contain so much water, they’re excellent signal blockers. And that’s why you may have a strong signal in the forest during winter, after leaves have fallen, but not during summer, when foliage in full force.

3. The Cell Tower Is Overloaded

Signal strength is one element that affects your calls. Signal quality is another. And network congestion is a major problem in terms of quality.

During instances of extremely high traffic, such as a big concert or football game, or in a large-scale emergency, sudden upswings in network traffic can jam up the network and result in dropped calls and data signals that are so overburdened that you can’t access the internet.

Cell towers vary in the geographic range (the size of the cell) they cover. In densely populated areas, cells are small (perhaps only a few hundred meters in size), and there are a lot more towers than in rural areas, where there the cells might span miles.

When there’s influx of people into one cell, cells may actually constrict in size, ostensibly handing off the overload to other nearby towers. This process is sometimes called cell breathing, and it’s important in balancing cell traffic loads.

Here’s the gist: If the cell you’re using shrinks and calls are passed to a tower that’s actually farther away from you, well, guess what? You lose your signal.

Signal strength is a critical – and critically misunderstood – aspect of cell phones. Those little bars at the top of your phone give you a rough approximation of how strong your signal is, but every phone varies by accuracy, and there’s a lack of standardization among carriers, too.

To counter those overly simplistic bars, you can dig into the settings on your phone to get a numerical value for signal strength, which is represented by dBm (decibel milliwatts). On Android smartphones, you’ll find that number in the network settings menu. With iPhones, you have to do a bit more digging; there are tips for locating signal details on this webpage.

Signals are listed as negative numbers, and in real-world conditions, you’ll typically see numbers between -30 and -120. The closer your signal numbers is to 0, the better the connection. You won’t often see a signal stronger than -50, and once the number drops to -100 or so, you’ll likely encounter glitches and dropped calls. At -120, you basically have no usable signal.

George Lamb said that the dBm numbers may only vary by a bit throughout your day (perhaps from -80 to -95), but that these numbers don’t represent a straight percentage — they are exponential. Similar to the Richter scale that’s used for earthquake strength, just a small change in your dBm reading denotes a very big increase (or decrease) in your signal. Eking out an improvement of just a few digits (by moving your phone to a different part of your house or location) may make or break your call.

How to Improve Your Phone Reception

Apps, like LTE Discovery(5G NR), can help you determine your signal strength, and will provide a numerical display of your signal strength wherever you go. If you’re dealing with a weak signal, toggle your phone in and out of airplane mode to reset your connection. This process forces your phone to find the strongest signal in the area and can eliminate the tendency of many handsets to hang onto weak signals from less-than-ideal towers.

Keep your phone fully charged. A low battery can send your device into power-save mode, in which it may struggle to maintain a connection.

Hold your phone at arm’s length. In a phenomenon called head-and-body loss, even your own body can deflect signals, so changing positions (and loosening that death grip) may help. Or just use a Bluetooth headset and set your phone aside to prevent this issue altogether, keeping in mind that if a lot of other Bluetooth users are nearby, those signals may interfere with headset performance and make you think that there’s a problem with your cell signal.

If you’re roaming, understand that you’re on another carrier’s towers – and that they can (and often do) throttle (slow) the data connections of any roaming users to maximize the experience for their own customers. Also realize that if your signal strength is too low, the tower may purposely drop your connection in an effort to conserve bandwidth for users who have a better signal.

Finally, use a smartphone app, such as OpenSignal or RootMetrics to pinpoint the closest tower and see what signal strength is like in a given area. Some service providers, like Verizon, T-Mobile and AT&T provide coverage maps that give you an approximate idea of the signal quality you’ll find in a given location. A service provider could have great coverage nationwide, but if it’s bad in your area, you may be better off switching companies.