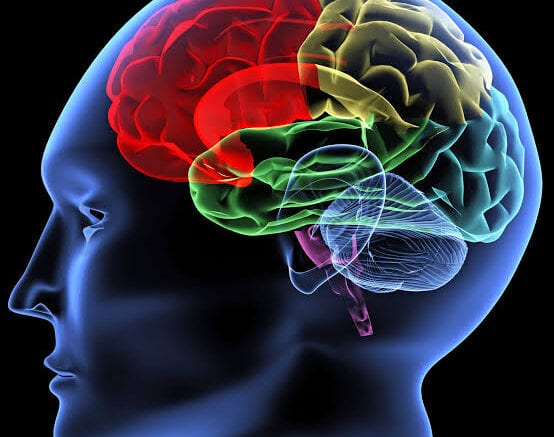 The human brain is one of the most fascinating part of our body. But due to it’s complexity, many have misunderstood and over simplified the brain. This has led to several brain myths that even very educated and intellectuals believe is true.

How Do I Know I Am Believing A Myth?

Simply put it this way. If you are amongst those who believe the average human being used just 10% of his or her brain then you are wrong because it is all just a myth.

The true fact is that healthy individuals use 100% of their brains not just the mythical 10% of the brain. One of the reason these brain myths still exists in the modern world is because this myth actually makes us feel good.

We are comfortable because we believe our faults or miscalculations happen due to us not been able to use 100% of our brain. So well you feel good.

How Did This Myth Exist In The First Place?

This myth started way back to the late 19th and earliest 20th century by a man known as “William James”.

He was a full time believer who stated that an average human being could rarely achieve anywhere near his or her full potentials.

Those who followed these brain myths ended up making it worst by turning 10% of our capacity into 10% of our brain.

After this myth, early neuro-science have stated that a large quantity of the cortex is less active, this was referred to as the silent cortex, which later was renamed association cortex.

This information was then wrongly distributed to the public by the press.

Even though there is a damage to the association cortex which resulted to a large percentage of the cortex not functioning, this however doesn’t lead to sensory or moral deficit and it also doesn’t signify that this areas are not important.

Infact the frontal lobe, parietal lobe, temporal lobe, and occipital lobe on our brains are the main purpose we are humans, as it helps us in the areas of communication with other humans in areas such as reasoning, planning, adaptation to certain things and visual integration and many other human functions. Without these parts we would mostly be as dumb as the ostrich. 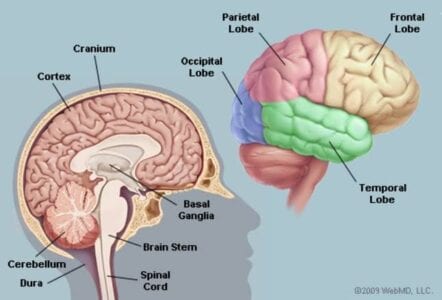 Even though the human brain is said to weigh just 2% of our body mass, it consumes at least or sometimes more than 20% of our daily energy expenditure.

The human brain contains the most neurons compared to any other living species, and this is way makes us very smart.

Because of the brain high energy cost, we can not multi-task effectively, which is said to be too costly when looking from an energy perspective.

The brain does not allow us to do multiple tasks at full capacity, which is why you notice that when you try to do multiple stuffs at a time, you will end up doing bad in all aspect than if you did one task at a time giving it your full attention. Its clearly one of the brain myths!

Now you might be thinking, But I Can Walk, Talk, And Even Breath At The Same Time, You Just Got Trapped.

Sorry to say this but no, you haven’t trapped me yet, this is because the multitasking myth specifically applies to the attention to stimuli and tasks that can not be done on automatically, below are automatically done actions

Meanwhile the attention multitasking myth which is based on attention are of these examples below,

A) Solving A Problem.

B) Reading A Book.

The brain possesses 3 memory stages which includes, The encoding stage, The Storing Stage, and The Retrieving Stage.

There are dozens of additional studies, which have created solid evidence that states multitasking is neither efficient nor effective, which is while in other to be effective, productive and efficient you need to dedicate yourself in doing one challenging tasks at a time as this would really help you out and you would see some positive results.

3) The Left And Right Brain Dominance

This is arguably the most common myth which states that a certain percentage of people are left brained while others are right brained.

When speaking of the brain, a large of amount of people are referring to the Neocortex, which is the enormous wrinkly portions said to be superficial. This ridges and grooves known as Gyri (ridges) and Sulci  (grooves) increases the surface area the human brain, this is the main part of the brain responsible for higher level functions that makes humans unique from other organisms.

These two separate parts each contain multiple regions within them and each region possesses it’s own specialized functions.

Researches have shown that these two hemispheres are connected by a mass of white matter, which is said to be made up of nerve fibers called the “Corpus Callosum“. 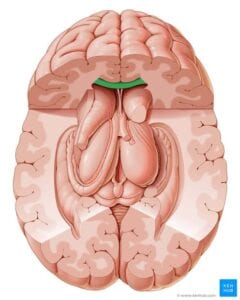 This myth started due to the misunderstanding of the scientific research.

If the corpus callosum is severed then it could cause serious damages. However, there is no solid evidence which states that different people learning styles differs from one hemisphere being dominant over the other.