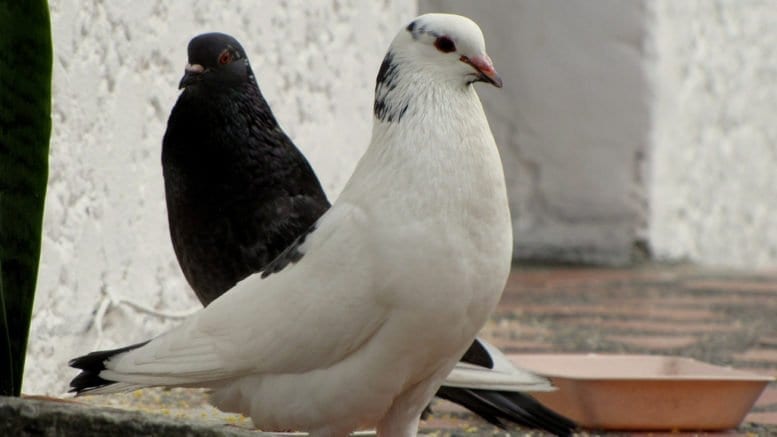 The main adaptive features of this pigeon( Columba Livia) are associated with flight, with cleidoic development, and with homoiothermy.

Adaptation for flight is manifested in the following features__

In connexion with cleidoic development there are ____

Concerned with homoiothermy, there are____

The Neornithes are distinguished from the Archaeornithes by the presence of a pygostyle at the end of a shortened tail, the possession of a carpo-metacarpus, and the arrangement of the rectriece in a semi-circle. Members of the order Columbiformes are distinguished from those of other orders by many small characteristics. Among them are the large crop, the small caeca and the vestigial vomer. Two families, the columbidae and the Raphidae belong to the order columbiformes, the former order being separated by the power of flight whereas the latter includes the dodo and solitaire, two extinct flightless birds. Birds in the genus Columba have twelve rectrices. The species are separated by small differences of colour, size, habitat and song.