You Are Here: Home » 11 Amazing Facts About the Human Body You Never Knew 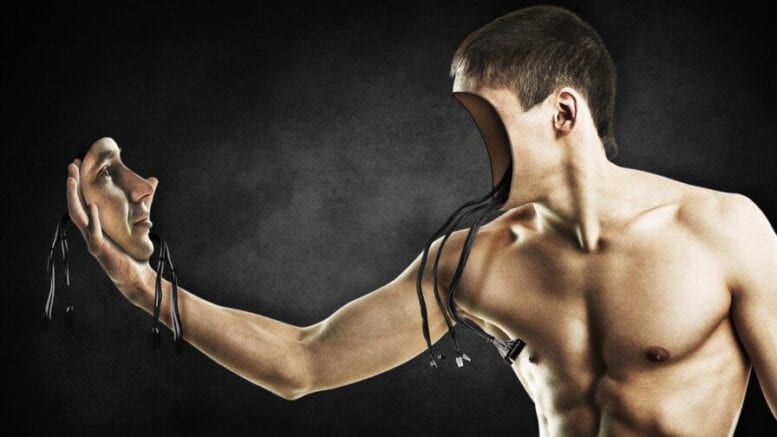 The human body is an assemblage of diverse atoms and molecules configured in a complex stream of organizational mechanisms from the microscopic and cellular levels to the higher levels of organs and systems. However, there are some facts about humans that are unknown or rather; a large population of humans is oblivious of. These piece aims at highlighting some of those intriguing discoveries about the functionality of the human body and how it has adapted to environmental conditions throughout history culminating in a splendid living superstructure whose complexities still remain mystical even to science and philosophy.

The actual age of humans does not begin from the date of birth as erroneously believed. This is because all of us started off as an egg waiting to be fertilized. This egg which is called ova is approximately 0.2mm in diameter and spherical in shape. Our eggs were formed in our mothers’ womb when she was an embryo! The formation of an individual’s egg and all of its DNA composition could be said to be the first phase of one’s existence. Interestingly all these happened before your mother was born, i.e. when she was just an embryo. In practical terms, if for instance you are 30yrs of age at the moment and your mother gave birth to you at the age of 25, then arguably, you are over 55yrs of age!

The human eye is extremely sensitive to light and can detect quite a number of light elements known as photons. While gazing with the naked eye at an Andromeda, which is the nearest galaxy to our very own Milky Way on a clear night sky, we may see a tiny patch of light which could be described as a fascinating experience judging by the fact that the eye was technologically unaided. This is because in intergalactic space distance is relative. The Andromeda is estimated to be 2.5million yrs away from us! In actual sense when the photons of light that struck your eye from such a distance began their journey, there were no humans then. You are looking at an astronomical distance of an almost unimaginable proportion—You are actually looking back in time through 2.5 million years!

It is a general knowledge that our DNA and genetic makeup are products of our ancestry. However, not all the useful and important DNA in our chromosomes in our body comes from our ancestral lineages. Our DNA includes genes from about 8 retroviruses. These retroviruses capitalize on our body’s processes of coding DNA to completely engulf and take over a cell. At certain point in human history and evolutionary trend these genes became incorporated into the human DNA and genetic makeup and began to play vital roles in reproduction. Interestingly, they are completely alien to our genetic ancestry!

It may be a bit difficult to ascertain the actual number of atoms in a human body. An adult is made up of about 7 octillion atoms! That is, 7×10^27 atoms in index notation!

Many a time when we see sufferers of appendicitis and the trauma they go through, we may begin to question the relevance of this seemingly useless organ in the human body. Embryology has taught us that the Appendix lost its function millions of years ago but recent studies have shown that the appendix houses the gut bacteria that are involved in the digestive processes. The take some respite from the gut’s regular ‘hyper-activity’ in the appendix to multiply and gain some stability before they continue their all important function of helping us digest our food!

The color of blood which is red is believed to be as a result of the presence of iron. However, the truth is that the color of the blood is as a result of iron been bound to hemoglobin in a ring of atoms. This is known as porphyrin. The intensity of the red color of the blood depends on the presence of oxygen in it. If oxygen is present in hemoglobin, it changes the shape of the porphyrin giving the red blood cells more pronounced shape.

Often times we are encouraged by our doctors and dermatologists to take our bath regularly in order to avoid skin infections or irritations. Unknown to many, there are very small and often microscopic organisms known as eyelash mites which inhabit the skin of older people and in the natural protective oil produced by the skin known as sebum. Depending on the age of the individual, the eyelash mites might be present in very large numbers and can sometimes cause irritations. They are about one-third of a millimeter in size and live at the base of the hair very close to the skin and can be seen with the aid of a microscope from samples of an eyelash hair or the hair from an eyebrow. Since they are harmless their presence is often not felt.

It is quite common to hear people allude to the fact that we have five senses. But there are some conscious activities we do that owe a lot to the unconscious part of our being. For instance when you put any object into a baby’s mouth, it begins to suckle immediately even without any form of inducement. Again when we close our eyes we can conveniently locate and touch the different parts of our body—the eyes, nose, mouth etc. The sense of proprioception is definitely a sixth sense!

From evolutionary perspective, the gases in the environment ranging from hydrogen, oxygen to nitrogen and carbon were all products of the big bang! The human body which is made up of large amounts of hydrogen produced over 13.7 billion years ago! The heavier elements of carbon and oxygen were scattered through space between 7 and 12 billion years ago when the stars exploded during the big bang.

It might be surprising to know that humans have the same number of hairs as the apes—most specifically, the chimpanzee. The truth however is that our hairs are so fine and as such almost invisible and are somewhat less useful. There are several reasons that have been adduced to the loss of hair such as the need to make it more difficult for lice and ticks to dwell, to make us sweat more or perhaps our ancestors where aquatic.

Everything around us is composed of molecules which vary in sizes. They range from the small molecules of hydrogen or oxygen to the very large molecules of organic compounds such as glycoprotein and lipid compounds. The largest molecule in nature resides in the human body. This is known as the chromozome1. Every human cell has 23pairs of chromosome in its nucleus and each having a single strand of long DNA molecule. The chromosome 1 has about 1 billion atoms to accommodate the huge number of information that is encoded in it.