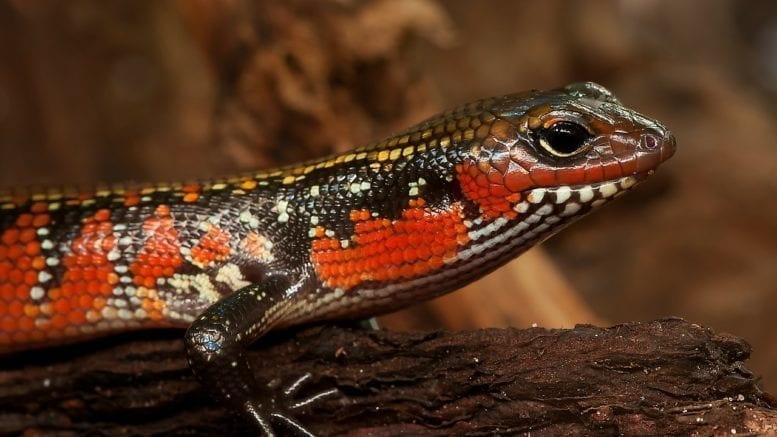 The amphibians have never achieved emancipation from the water even though the major part of the adult life is spent on land. They still require the aquatic environment for external fertilization, for development, and for respiration. The reptiles, however, achieved stupendous success on land and attained heights of magnificence only surpassed by the mammals. Their success as terrestrial animal is attributable to a number of factors which are briefly summarized here.

Entering upon the terrestrial scene, the reptiles had little competition from other animals. In such conditions, a dominant group soon extends into a variety of specializations. By such extension, the descendants of one original type are able to exploit all the possibilities of the environment. The process is known as adaptive radiation, and while example of it may be found in any of the larger group of animals, it is most obvious in insects, reptiles, birds and mammals.

In their Mesozoic heyday, the reptiles branched out into a great variety of forms. They ranged from giants to dwarfs; some of the dinosaurs were the largest terrestrial animals that have existed; Brachiosaurus weighed about 50 tonne, and Dipplodocus was about 26m long. At the other end of the scale were animals the size of small lizards. There were large carnivores and larger herbivores, swift runners and slow crawlers, burrowers and climbers. The Ichthyopterygia, of fish-like form, became secondarily aquatic and inhabited the seas; the turtles and freshwater tortoises have become aquatic, without such striking adaptation. Flying reptiles, the Pterodactyla, flourished during the Jurassic and Cretaceous periods. The wings were membranous and stretched from very elongated fourth finger to the hind limb. This brief survey by no means exhausts the variety of lines along which the reptiles evolved, but it serves to illustrate the meaning of adaptive radiation.